Miami Beach Pride is free to everyone and was created to support the diverse LGBTQ+ community of Greater Miami and Miami Beach.  Ocean Drive in South Beach was pulsating with House music, Latin artists and gay pride for the ten day celebration. The VIP area of the event featured performances from top artists, DJs, vendors and sponsored tents. 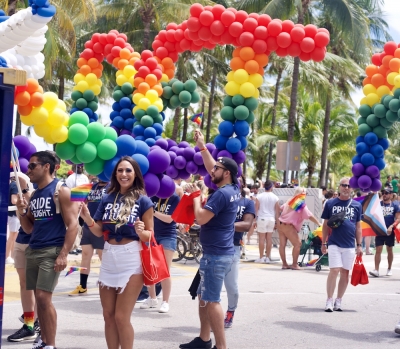 The procession of floats began at noon and continued until 2p.m. with revelers still jumping to the music from the last float, sponsored by TWIST,  the oldest gay club in Miami. Floats sponsored by American Airlines, Aetna, Delta, Enterprise and local government officials participated in the highly anticipated, final event of the week. 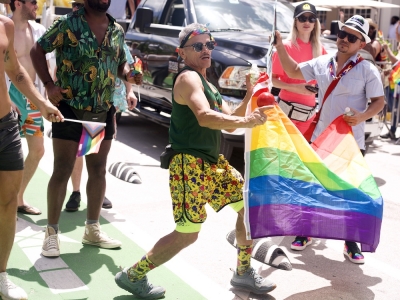 Instagram famous, Max Emerson, was the first influencer to ever become the Grand Marshall for the MBPP.  A graduate of the University of Miami, Mr. Emerson came out when he arrived on campus and became an advocate for the LGBTQ+ community.  His new movie, “Hooked”, is based on the homeless population of Queer youth. 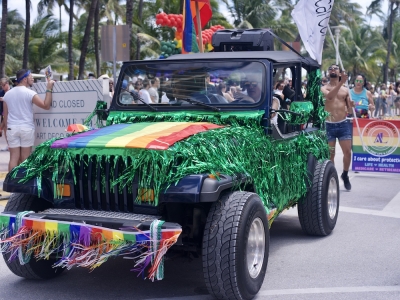