Deep in the rugged, rainforests of Central American, Costa Rica is known for its volcanoes, and biodiversity. Its area is made up of protected jungle, teeming with wildlife including exotic monkeys and birds. It’s also known for its beaches and beautiful women.

Aspiring model and actress Michelle Corrales is one of those beauties. Recently capturing the hearts of her Costa Rican fan base, and the next up and coming Costa Rican influencer. This young entrepreneur is commanding attention wherever she appears.

When asked, what the eye piercing and radiant future superstar will be doing in America, she responds, “I will be doing several feature cover stories – a first for me, as a model for L.A. Style Mix Magazine, Sheen, and other mainstream and Latinx publications. This is truly my dream come true and in a short amount of time. I have a few other surprises, but I can’t talk about them right now. Follow me on my social networks and grow with me.”

Michelle Corrales looks up to MishCatt, Bali Rodriguez, Natalia Carvajal, and Johanna Solano and would love to collaborate with them someday. But in the meantime, she will not relax and will continue to build her career in television, one platform at a time, from Costa Rica and spanning the globe.

Michelle was asked which magazine, or television show would she like to appear on most. Here was her answer: “I would love to appear in Sheen because it is a publication that empowers women. Since I am starting to launch my empire as a model and actress in the USA, I am thrilled to be featured in Sheen.” 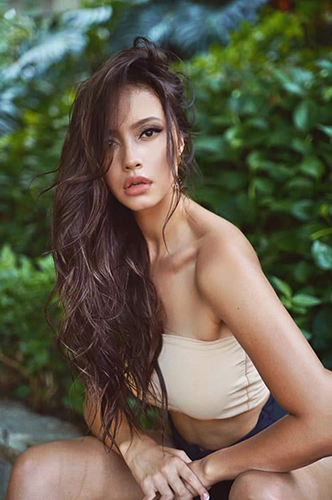 All images provided by Michelle Corrales