Monique Coleman is best known for her role in the High School Musical franchise – but fast-forward to 2021 and it appears she’s reuniting with her co-star from the hit franchise for another great project. Coleman is set to star in a NEW Lifetime holiday movie titled, A Christmas Dance Reunion, alongside Corbin Bleu! We had the chance to sit down with Coleman ahead of the film’s release (Friday, December 3rd, 2021) to discuss all the details surrounding the new film, her new children’s book, and more!

Tell us about your role in A Christmas Dance Reunion.

I play Lucy Mortimer, who is a lawyer. She returns to the Winterleigh Resort after finding out that after 100 years they’re closing their doors. She reunites with her childhood dance partner, Barrett who has since grown up to be very handsome (laughs). He’s also had an illustrious Broadway career. She realizes that her skills as a lawyer may be beneficial to Winterleigh with the help of Barrett. They want to say Winterleigh and end up dancing together again and resurrecting the Christmas dance, which was her favorite activity growing up.

What was it like reuniting with Corbin Bleu for the film?

Corbin is amazing. We’ve remained friends throughout the years. Getting to be on screen together again was such a dream. He is an incredible talented performer and a beautiful person. I loved so much that I got to experience the magic that we create when we’re together.

Can you share with us your experience working on this project during the ongoing pandemic?

First and foremost, it was such a blessing to be able to work during a pandemic. Obviously, so many people were in pain, and it has been a very difficult time around the world. To be able to exist in this bubble of joy and to be able to create something that would spread magic and cheer was such a privilege. It was very different, obviously than other projects we’ve filmed prior to the pandemic. It was such an amazing experience to get to escape the heaviness that we’ve all experienced for so long and do something fun. One specific thing, [because we were filming during the pandemic] was that we had to quarantine for two weeks prior to starting filming. We also had to begin to learn the dances over Zoom. That was an experience that I’d never have before.

Though you can’t share too much, can you tell us what we can expect to see as the film releases Friday, December 3rd?

I think you can expect to see nostalgia. Specifically for the High School Musical fans, they will hopefully get to feel the satisfaction of [obviously we’re playing totally different characters] seeing us [Corbin and I] on screen together again. Hopefully it’s a joyful experience and they get to see that that relationship got to see fully realized in some way. Expect to see a lot of amazing dancing and so much love! It’s a joyful, sweet film. I hope people love it.

I just wrote a children’s book called Affirmation Alphabet. It’s all about empowering parents and children to speak positive words over their kids. It uses the alphabet as a guidepost to inspire a generation of young people. I’m not sure what 2022 holds but I’m excited to see what unfolds. I’m looking forward to hopefully working with Corbin for more projects. There’s nothing like doing something with someone that you love so much. We’ve already gotten such a positive response; I’m hoping that we can come back for a sequel. I would love to do other projects as well. 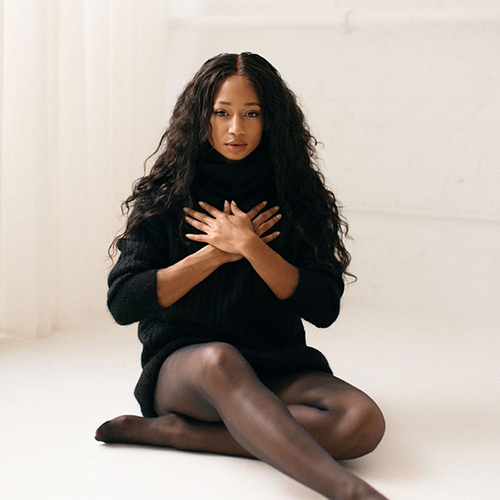 All images by Ashley Klassan