I’ve had the honor to speak with Dior Sovoa over the weekend and I walked away inspired and feeling encouraged. Within our first few minutes on zoom Dior complimented my skin and my confidence and, I too, was flattered, feeling beautiful, and valued; that is what women look forward to when we are preparing for that next meeting, photoshoot, or interview. We want to feel in charge of our day, in control of how we make our moves, and confident that we are making a difference in what we are doing and, in the lives, of others. To some it is just words, but for the woman that is sitting in his chair those words hit differently. Even though we are celebrating Woman’s History month, I wanted to take the time to acknowledge the gift behind the scenes.

Dior Sovoa is not only an amazing celebrity stylist, but he is also a stylist that captures art in different ways.  He carries a vision for his clients and make them feel brand new. From our conversation, there were three things that stood out to me about Dior. I admired his love for God, his love for people, and his love for his craft. Throughout our conversation, Dior spoke about God being his strength and he realized he would not be where he is in his career without God. He understands where his creativity comes from. A lot of times people can advance in their career and forget where they started and how they reached their destination. While speaking with Dior, he also honored his gift being a torch passed from his late mother. He started his career as a young boy. Dior has a family lineage of stylist, so it was not surprising that he has taken on the trait.

Being a celebrity stylist and traveling around the world is a dream to many, but Dior shared that it’s because of God that he has landed great opportunities. Being in the television and film industry is challenging and it is imperative that you are surrounded with safe people and in a safe space to shine and do what you love. Dior feels that working with the Butterfly Diva Mariah Carey has been God sent. Even during the pandemic, he has been busy traveling with MC and of course they have all been carefully taking precaution. He has a long list of great clients and celebrates his experience as he continues to prosper and thrive in his career.  It is not an easy path, but he was called and chosen to where he is and does not take any of it for granted. In an overly saturated market, his works speaks for itself. When asked what advice you would give anyone who wants to come into the industry as celebrity stylist, his response was “if it is in your heart, go for it.” Like a lot of jobs, you have to know how to deal with clients, different personalities, and don’t allow the word “no” to discourage you. 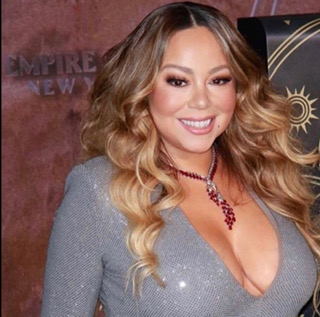 Dior like many others at some point in his career was judged and told he would not make it long, but he never allowed the thought or opinions of others to define who he is and what he was capable of accomplishing. He kept pushing and believing in himself and has built a name for himself in the industry. Prior to working with Mariah Carey, he has been able to work with the late Cicely Tyson, Sherry Shepherd, and Anthony Hamilton just to name a few of a long list of celebrity clients. 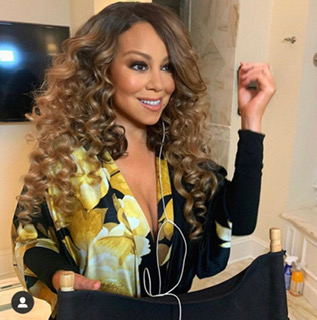 I really enjoyed the hour, I spent speaking with Dior. He is a breath of fresh air and very humble. I’m very thankful for the opportunity to share his time, but also to be able to shine a light on who he is as a person first and what he does in the earth second. When we see celebrities rocking the look, with amazing hair and makeup, we give all credit to that person, but never recognize the artist behind the art. So, thank you Dior for being who you are and helping so many people feel beautiful while doing what they do best.