Imagine juggling being a writer, educator, public speaker, filmmaker author, director, and editor. When we asked Justin Rhodes how he does it, he simply mentioned that he doesn’t look at it as juggling because it’s his way of life. The talented filmmaker just recently released is first feature film titled, It’s A Wonderful Plight and naturally, we had to sit down with him to talk about all the details. In our exclusive interview, Rhodes talks about his many roles inside the world of entertainment, COVID-19, and much more.

Tell us how you juggle the many titles you hold in the world of entertainment?

Well, I have been doing music production so long that it kind of moves itself. I tell everyone that it takes 10,000 hours to become a master at something. Music production kind of handles itself. In my eyes I feel like I have mastered video editing. The juggling is all about having a base and knowing where you want to be. When I first started, people were adamant about staying in your lane. My thing is that I’m an overall artist. My lane is all the different things that I do. I think that I’ve learned to make it all work together and not against each other. It all starts with mastering one of those tasks.

Can you give us insight into It’s A Wonderful Plight?

It’s A Wonderful Plight is a hip-hop musical. It attacks 400 years of systemic racism and oppression, everything that African Americans have been through in this country. We use music to have conversations, versus just screaming at one another. I think music is the universal language. The same results that we want, we get them through putting a beat behind it. I’ve learned that if you give a dog medicine, you should embed it in its food so they can consume it without knowing that they did. This movie is an example of giving people what they want and what they need simultaneously.

How has it been as a creative during this time of COVID-19?

As a creative, the funny thing about the pandemic in itself is that it’s made us more hermits, in a sense of becoming more creative by default. A lot of times, we had to just go outside of the normal expectations. A lot of Hollywood films had to be shut down because of budgets. Because we’re an Indie film company, it really helped us create more content. I think personally and family wise, there were a lot of things that the pandemic did to independent creators like myself. Creatively, it made us expand our minds and use our resources to the fullest ability. 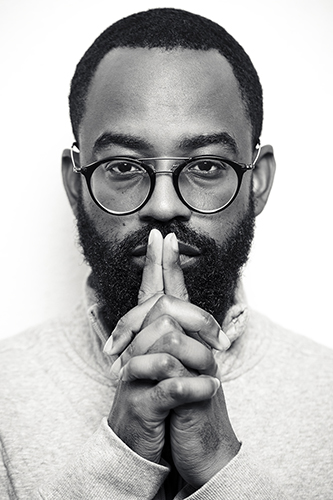