When the Hallmark Channel launched their new Movies & Mysteries brand, they hired industry vet Holly Robinson Peete because they knew she would get the job done. Whether it was in front of the camera staring in Hallmark’s beloved holiday-inspired films like Christmas In Evergreen, The Christmas Doctor, A Family Christmas Gift, and Morning Show Mystery or behind-the-scenes producing, Robinson Peete continues to prove that she is more relevant now than ever after 30 years in the entertainment industry.

This weekend, The NAACP Award-Winning actress, film producer, and singer stars in The Journey Ahead alongside actress Kaylee Bryant.

Robinson Peete stars as a famous Hollywood actress [Madeline] who faces professional and personal dilemmas both at work and at home while her co-star plays a young wilderness expert who drives her cross country from Hollywood to New York City. It’s a story about love, second chances, and two women taking a journey up the mountains and down the hills of life while meeting new people and opening their hearts to new experiences.

They both learn, through their unlikely friendship, that they can’t run from their past if they want to create the future they want.

Fans took to YouTube to express their excitement and curiosity about the upcoming film. One fan wrote, “Definitely excited for this, feels like it might be new and different – a Hallmark interpretation of Thelma & Louise.” Another fan wrote, “Yes, I’m looking forward to this one and it looks like it’s going to be a great one at that.”

The NAACP Award Winning actress opened up with SHEEN about her new film The Journey Ahead, real-life lessons she’s learned from a new generation, and making choices that best serve you. 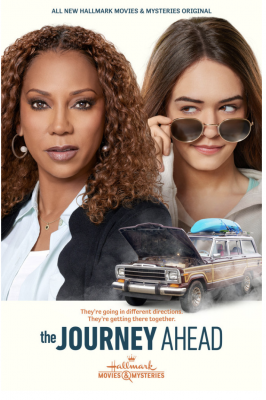 In the film’s trailer, you spoke of “not expecting to learn from people who haven’t lived as long as you,” what are a few real-life lessons you’ve learned from the new generation?

The most important thing I’ve learned from my kids has been to be open to new ideas and concepts. I find myself sounding like my parents sometimes when I listen to their music and go “what am I listening to?” They are so full of ideas and have a completely different outlook on the world. I want to honor that and stay open to new outlooks. It keeps us young!

I noticed the multi-generational conversation within the film between Madeline and Sarah. In the beginning of the film, there was a constant push and pull.  Have you had those moments in your life as it relates to younger generations?

Oh, you can believe I have had those Clash of the generations moments!! What I loved about making The Journey Ahead was spending time with Kaylee Bryant who is wise beyond her years! She is the same age as my daughter and she gave me some really great advice in the same way as Madeline got eye-opening life advice from Sarah! She told me to listen more and be more patient and allow my daughter to process the world at her own speed not at mine. I always love when I get to be in a movie where I really have true takeaways from my experience. This is the first movie I’ve done in a long time where I walked away feeling more evolved as a mom and a woman. Kaylee Bryant inspired me! 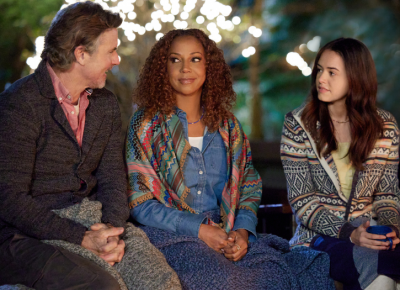 Madeline chose herself. In moments of uncertainty, how important is it to make choices that best serve you?

It’s very important to make decisions that put you first. But unfortunately, we do have to think about how our choices affect others. The key is when our choices come back to haunt us how do we handle that? How do we absolve the guilt that we have if our choices negatively impacted someone else? Sometimes it’s not only the choices you make but how you are able to process the outcome of those choices.

Find out about all of the surprises and drama that unfolds along the way as this film hits Hallmark Movies & Mysteries Channel on Sunday, August 14th, 2022 at 9:00pm /8pm C.