Neema Barnette is Back to Work in Harlem

It’s still quite frigid but not the normal New York weather this time of year. March usually brings rays of sunshine to the city that’s been in a self-contained hibernation for the past year and today is no different. It’s the final day of shooting for Director Neema Barnette, wearing a sweater and wool hat over her naturally bouncy golden curls. She’s doing what is now customary for COV-19 regulated productions; waiting. Because the rules have changed regarding the amount of workers that can set up on a soundstage, wait time is twice as long for the actors and crew. But when you’re on set with Neema Barnette directing, you take these opportunities to bond. Sheen Magazine sat down with Neema to talk about the new TV production mandates of getting back to work in NY.

Barnette was asked to direct the finale for season one of Tracy Oliver’s Amazon series “Harlem,” and it will be the first time she’s back to work post-pandemic. “We were tested daily and there were no unwanted visitors on the sound stages… There were no entourages…We wore masks and there was a great COV-19 advisor on set at all times,” remembers Barnette. “It wasn’t as bad as I thought it would be but there were adjustments. Everything takes double the time. The amount of people that were allowed on set changed which meant that the lighting, gaffers, and camera crew had to be on set at different times and our interior shots could only have a maximum of 15 people in a crowd scene. No more walk-ons. Everyone on the set has to be pre-approved, tested with a negative result… But we got it done.” 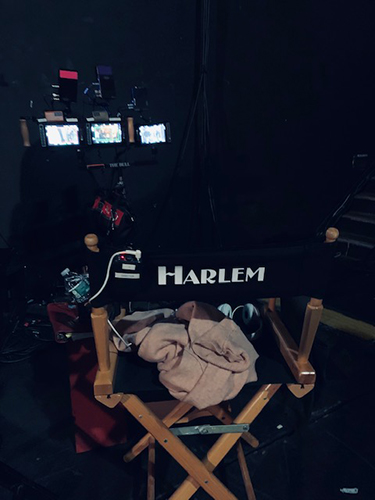 With an illustrious career that spans over 30 years, Barnette was the first black woman to sign a three-film deal with a major studio when David Puttnam recruited her to Sony Pictures. She’s known for her direction on Amazon Prime’s Bosch, Marvel’s Luke Cage, Being Mary Jane on BET, and OWN Network drama Queen Sugar and  Ambitions. Her most recent work can be seen in two episodes of the National Geographic Genius Aretha, anthology series.

“This show is full of black girl love. They respect and forgive each other and it has a positive message. After having to turn down work for a year, this series about real black women in Harlem was a joy.” 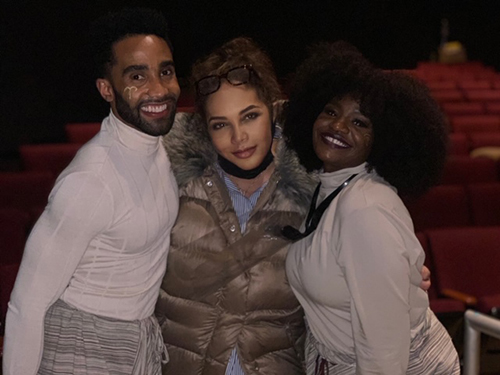 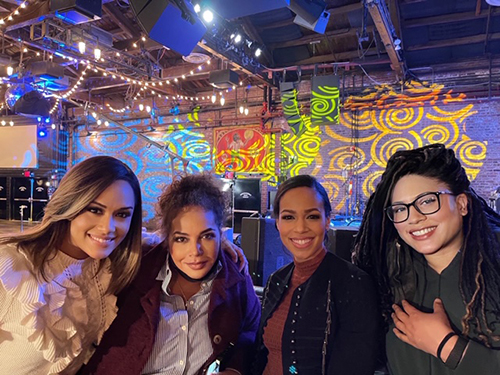 In the finale episode to season one, the four main characters; Meagan Good, Grace Byers, Jerrie Johnson, and Shoniqua Shandai come to grips with their choices but come out stronger through friendships and relationships. “This show is just fabulous and so real. It was a well-written script and these ladies did a great job. I couldn’t have had a better experience with my first show post-pandemic,” says Barnette.

New York has been on lockdown and so have the entertainment community of workers. While Tyler Perry was setting up ‘Camp Quarantine’ to get people back to work over the summer, New York took their time allowing productions to resume in March.

Complications withstanding, the production of “Harlem” went off flawlessly with Tracy Oliver (Adventures of an Awkward Black Girl and Girls Trip) delivering another hit for young progressive women as her lead characters. “Tracy Oliver is talented and still very humble. She writes from a real POV of black women’s struggles. And because we shot in Harlem, the place where I live, it was important that Harlem became its own character.” 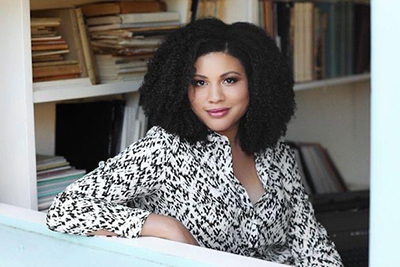 The production was able to incorporate elements of life uptown including cameos of Melba from Melba’s Restaurant and Harlem Ambassador. The scene shot in the historic Schomburg Center for Research in Black Culture was especially momentous because of its relevance to the community. “In the scene shot in the Schomburg, Megan’s character helps her ex-boyfriend choose a piece of artwork for his restaurant. We were able to display some of the beautiful artwork on the walls and capture a rich piece of Harlem history.”

‘Harlem’s” final episode includes special guest stars Whoopi Goldberg and Jasmine Guy but it was the comradery of the four main cast members that will bring this series to life. “The ladies presented me with a blue rose while we were filming saying if it wasn’t for me, they wouldn’t be where they are today. I was humbled and honored to be a part of this series. After having to turn down work for a year, this series about real black women in Harlem was a joy.”

Harlem, although no release date has been given, is executive produced by Amy Poehler, Malcolm D. Lee, Mimi Valdes, and Pharrell Williams; Created and written by Tracy Oliver. The single-camera comedy following the lives of four black women – friends from their college days at NYU – as they navigate sex, relationships, and chasing their dreams.