Nia Amber is Taking it to Another Level

If you’ve been paying attention then you’ll know the Miami born and bred Nia Amber is one of the hottest properties on the R&B scene. Under the wing of naughties legend Trina, she’s in the company of a great who created true classics with the likes of Missy Elliot, Kanye West and Rick Ross. Trina is creating the platform for Nia to create the perfect blend of old school beats with contemporary lyrics that really mean something to today’s generation.

It’s not always been plain sailing for Nia. As a daughter of Bahamian parents and someone who was teased at school, it took her youth to find herself and become truly comfortable in her own skin. Now she’s using her art to encourage her fans to love themselves, just the way they are. Leading the way, Nia exudes confidence in her performances and inspires everyone to follow suit. 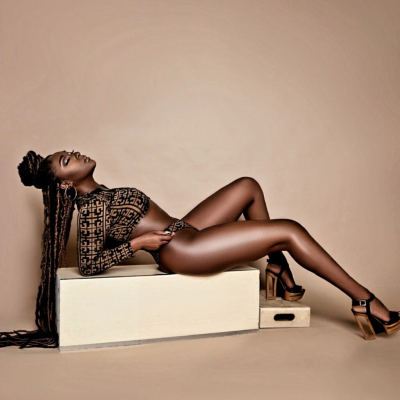 It’s not by accident that Nia ended up becoming a leading R&B artist. Surrounded by music growing up, her mom identified her talent early when Nia would practice singing with her mum in the kitchen. Her burning desire also took her to dancing school, where she became a classically trained dancer and helped to mould her into the stand out performer that we see today.

With her recent track “D.A.” (released March 18th), Nia Amber is aiming for the very top with this sensual R&B beat. “Gonna get dressed tonight, I’m wearing shea butter, for ya”, tells us everything we need to know about this track – Nia knows exactly what she wants and she’s not afraid to go out and get it. That makes a lot of sense, as Nia hasn’t been shy about stepping out of the box and making 2022 her year. Only a fool would bet against Trina’s young protégé not achieving her wildest dreams.