Nikki Woods on the Power of Media, Empowering Others, & The Importance of Education

Recently, we had the pleasure of speaking with media strategist, Nikki Woods! The former executive producer of the Tom Joyner Show is a media strategist who believes, “Every day you get to make a choice which way you’ll go.” Woods is passionate about helping entrepreneurs and people around the world build not only themselves professionally but also personally. We wanted to gain knowledge on her expertise on media and obtain her best advice during this difficult time for entrepreneurs and business owners across the nation.

Where did your interest to become a media strategist come from?

Well, my background is in radio and television. I was a radio and television personality (still am) for 20 years. In the process, I recognized the power that the media had for small business owners. When I decided that I wanted to start my own business and resign from radio and television full-time, it felt like a natural choice to go into media strategy, training, and outreach to help entrepreneurs and influencers leverage the power of media to grow their brands.

Why would you say it is so important for you to help entrepreneurs take their businesses to the next level?

Mainly, I work with women of color. I think that in general, there is a lack of community. Everyone gets busy and they’re focused on what they’re doing. I don’t know if it’s an intentional thing, but everyone gets caught up in their lives. One day I was talking to a group of girlfriends and it just became this discussion about why people are not helping others or supporting them. We didn’t know the reason. I became more committed to using whatever talent God gave me in order to help other people grow their business. I just don’t think that anyone can be successful in a bubble by themselves, no matter how talented or skilled you are. For me, thinking about everyone that helped me in my career, it just seemed like a natural thing to do.

Empowerment and education mean a lot to you, why is this?

I think if you asked me this ten years ago, my answer would’ve been a little bit different (laughs). Ten years ago, you were very much expected to go to college. That was how you became successful. If you didn’t, people kind of looked at you like you were crazy. I think there are so many options now for people to educate themselves on whatever it is they want to do in the world. Education is still very important, but it does not have to be the traditional college route people take. We all continue to learn whether its professionally or personally, we’re constantly learning. I think that education, learning, perfecting, and really honing in on your craft is so important in order to be successful and deliver the best value that you can in whatever stage of life you’re in. For me, I have been through a lot of challenges. Feeling empowered no matter what is the only thing that saves my life. Knowing that I can wake up every day and make a choice as to whether or not I was going to win at life or let life beat me was a physical everyday thing I had to do. For me, being part of the solution as opposed to being a part of the problem is a big deal for me. There are so many people out there that inspire me to be better professionally and personally. It’s important for me to do it because it was so important for me to receive it. 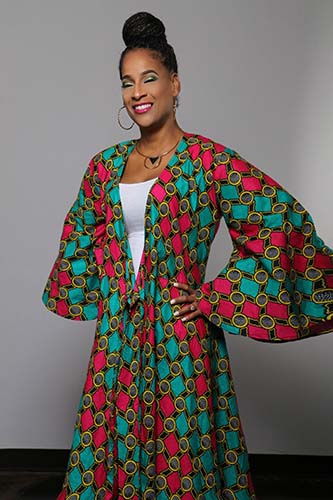 What advice would you give entrepreneurs during our current pandemic?

It’ so scary for everyone involved. It’s such an unknown. For the first couple of weeks, it was okay to panic because no one understands it. It all goes back to decisions. Either you’re going to panic and stay in that low or you’re going to perform. That means getting up every day, go to your office or wherever it may be, and you’re going to do what you were put on this earth to do. For whatever reason because even in the media business, it changed. We had to do a lot of pivoting in business to make sure that we were meeting the needs of the clients but also generating revenue. That’s a real decision that has to be made and it’s not an easy one. My advice is that you’re still valuable. People still need the services. You may have to deliver it differently but that’s why we’re entrepreneurs and that’s why we’re in business, to provide creative solutions to the people that need what we have. I would just say stay creative.

What can we expect to see from Nikki Woods in the future?

I wish I knew (laughs). I just want to continue to focus on building my business. For so long it was just my business and there were people on the team. Now, I’m working on scaling that so that it is a full-service agency and not just a business. I want people to develop their own companies under the umbrella of my company. I think there are so many people that are coming out of college and want to do certain things but don’t have the opportunity. I want to offer opportunity for people that want to work in media, PR, or digital marketing so that they can get their start. I want to give them a starting point. 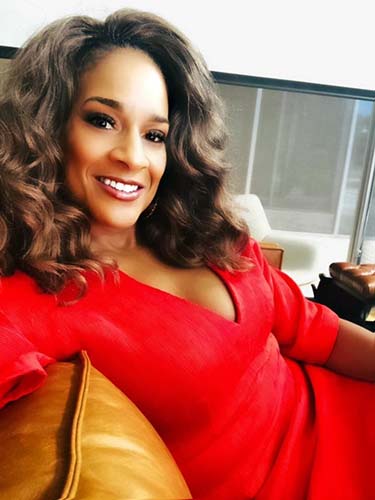 All images courtesy of Nikki Woods