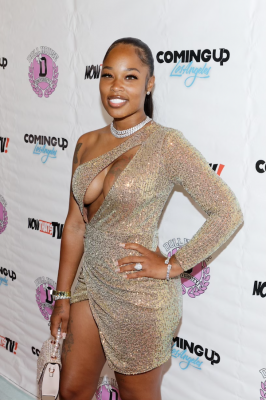 Coming Up Los Angeles is a new reality series following the lives of thirteen well known and upcoming young creators, who are all trying to thrive in the same house. The series is hosted by Joseline Cabaret Miami season 1 and Atlanta season 2 cast member Lucky Hustla. Coming Up LA airs every Sunday 8pm Est on NowThatsTV which can be found on ROKU, app store, and online. NowThatsTV LLC, is a black owned network founded and operated by Teleau Belton. The South Carolina native, started off in artist management, photography/ videography, Conceited Magazine, and NowThatsTV. The network was first thought of while filming his client Big Lex (Big Lex Baddies Collection Season 1) This sparked an interest to independently create opportunities for content creators and filmmakers to have a platform to start on and thrive behind their dreams. 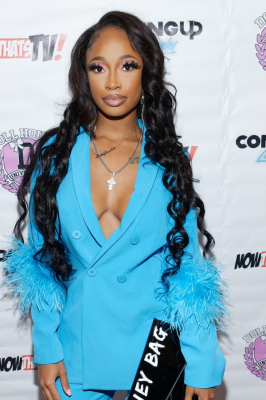 NowThatsTV was created to give a new life of opportunities. The overall goal is to give new film makers and content creators a new platform to push their work and to really monetize and continue to grow and build their brands. Currently, NowThatsTV has over 100k subscribers, making it a 6-figure network. The network’s current notable shows are: Big Lex Baddies Collection Miami hosted by rapper Big Lex , Baddies Olympics (As seen on The ShadeRoom ) and Coming Up Los Angeles hosted by Lucky Hustla . The network is rapidly growing and expanding across all walks of life. Be sure to stay in tuned with all the details of Coming Up Los Angeles!