On Thursday, September 22nd, many of the cast, including Michael Ealy, Sean Patrick Thomas, McKinley Freeman, and many more stars, attended the red carpet in the heart of Hollywood at NeueHouse for the exclusive red-carpet screening premiere. 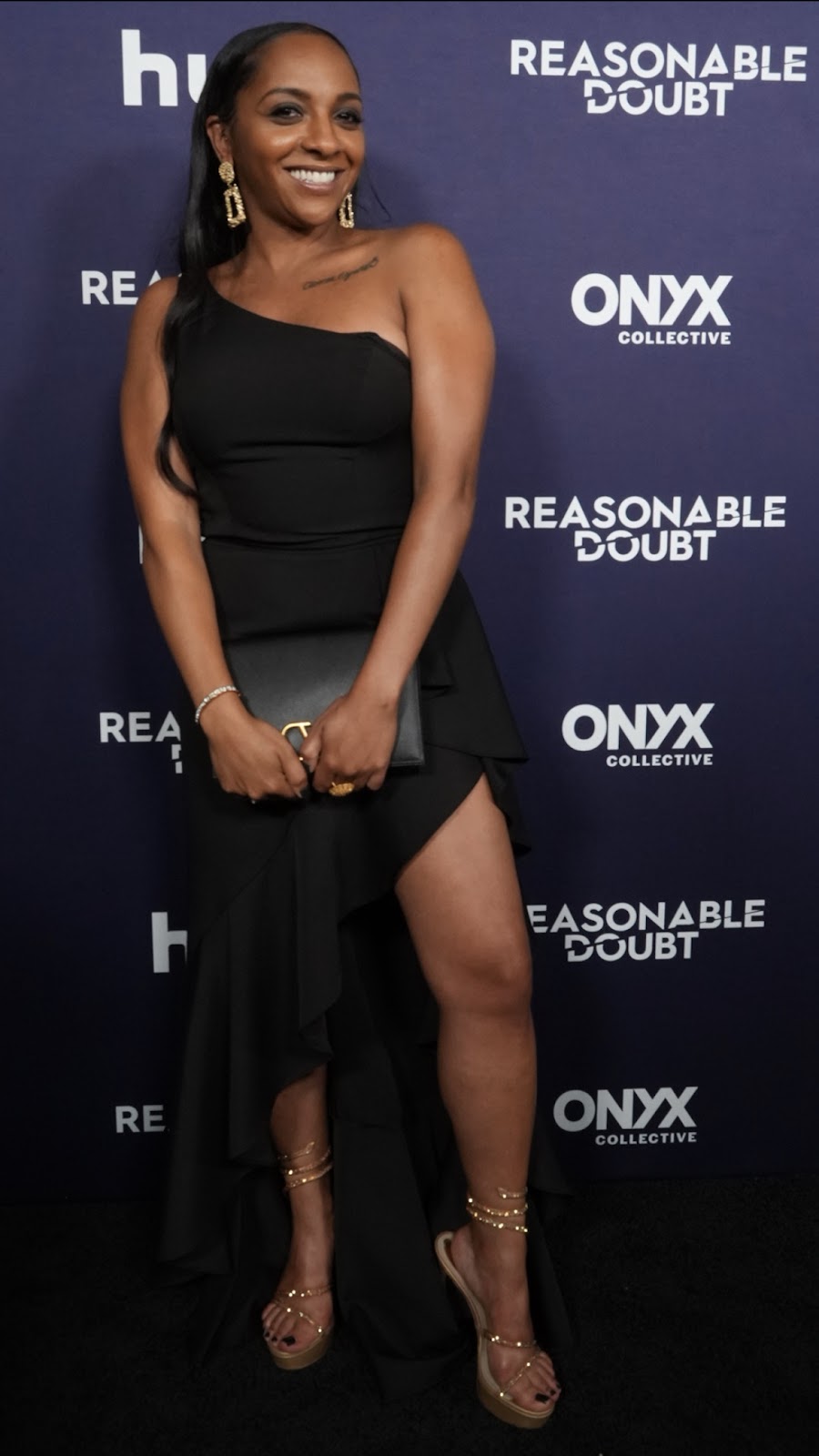 When asked about her experience working with the cast to bring her vision to life, she replied, “Everyone showed up to work so professional, knew their lines, and really committed to the material, and as a writer, that’s the best thing you can ask for.” I then asked her ‘How does it feel?” to which she smiled and answered, “I worked very hard but also learned a lot on the shows I wrote on, like Scandal and Little Fires Everywhere, so I’m really excited to finally have my own show and to see my vision come to life,” said Mohamed.

Emayatzy Corinealdi (pictured below), who plays the lead Jacqueline “Jax” Stewart, also spoke with Sheen about her character:

“Jax is a complicated woman. She is a very successful black woman and a partner at a law firm. She’s a mother, she’s a wife, and she finds herself at a bit of a crossroads in her life. There’s a lot going on, and she has to figure out who she is now as a result of these that she is now experiencing. On what she hopes for viewers:

“I hope that people are going to be able to see themselves reflected in Jax in some way. She’s such a complicated and multifaceted woman that there’s room for women, for better or for worse, to see themselves in her and from there decide, what am I now going to do? What am I going to do to make a change and address some things from the past?”

As we sit in silence we watch as Jax, struggles to manage her failing marriage, demanding job and, questionable love for criminals. A story loosely based on celebrity lawyer Shawn Holley, whose high-profile clients have included everyone from the Kardashians to Tory Lanez.

The series title and each episode are inspired by Jay-Z’s 1996 debut album, Reasonable Doubt, and his discography. The music is composed by Adrian Younge and Ali Shaheed Muhammad and features hip-hop, R&B, and neo-soul music from Outkast, Kayne West, Ace Hood, and many more.