Black creative, Latia Ashley released her film documentary, Open Diary this month. In her film debut, it displays comfortable settings for some of the most uncomfortable truths. Open Diary features appearances from published authors, former grand dragon of the Ku Klux Klan, a Grammy nominated songwriter, and more.

How did you get your start in the film industry?

I stumbled into film (as an executive producer) in the beginning of 2020 when those around me took interest in my personal journey and I was determined to find answers. Everyone asked me to document some of the conversation which turned into a full production.

What has your experience been as a woman of faith in the entertainment industry?

My experience has been a roller coaster just as anyone working in the unpromising unpredictable entertainment industry. But having a foundation of faith gives me a sense of “What’s for me will never pass me as long as I’m positioned to receive it” keeps me going. Also, my faith keeps me focused on not being infected by any environment, but to be effective with moral character and respect.

What inspired you to create such a thought-provoking film such as Open Diary?

When I discovered that most in the Black community shared my curiosity. I just couldn’t be selfish and keep the knowledge to myself when this could be the start of healing for our people.

What do you want other women to learn about the television and film industry from your experience?

Most of my experiences thus far are universal lessons. However, to pinpoint one of those things I’ve learned for women is to establish emotional intelligences to make sound decisions. From an executive producer position, we have to make hard decisions and will not be able to make everyone happy at the same time.

What projects can people expect from you this year?

There has been an interest in part 2 of Open Diary because there is no end to the rich history of black people and our culture.

The film can be purchased here. 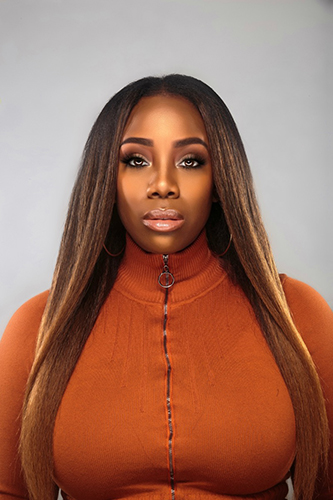 All images by V. Suero Photography