There really isn’t anything Pastor Mike Jr. can’t do. He’s the pastor to one of the fastest growing ministries in the south and an artist who’s soulful voice has grabbed the attention of music lovers all around the world. With the release of his hit new album, I Got It: Singles Ministry, we wanted to sit down with him to discuss all the details surrounding it as well as the inspiration behind it all. In our exclusive interview, Pastor Mike Jr. opened up about his project, his experience performing at the 2021 Stellar Awards, and much more!

Tell us about the album you released in August.

My latest album I Got It: Singles Ministry is an album geared towards love, relationships, and a lifestyle of singles. It speaks to where people are. I realized quickly that there wa no chapter in the Bible on dating. A lot of people are having to figure out how to love on their own. I wanted to create some music that spoke to that journey.

What was it like working on an album during the ongoing pandemic?

It was interesting. Being a pastor of so many millennials, my phone was over-flooded with people saying that they’re quarantined alone. I took stories that were told to me. I had someone who told me that they met this guy, though she didn’t pay him any attention. She LOL’d and every now and then SMH’d. Before she knew it, she was pregnant. I thought ‘Woah! (laughs). What did I miss?’ She said that ‘LOL’ and ‘SMH’ will lead you to a heartbreak. To me, this was a creative window to take these stories that were told to me over the last year and put them into music and melody. A lot of people won’t listen to counseling, but they love their music. So many people are telling me that these songs are like therapy for them. It’s been a great journey.

Can you tell us what inspired the visuals for “Amazing”?

We did the Stellar Awards, so we wanted to tap into a classic imagery – tuxedos and believe it or not, you’re going to laugh when I say this, but I was sitting at home and I said, I’m just going to do it. Shout out to the Stellar Awards for allowing us to perform that live on the show.

What are you currently working on and what can we expect to see from you in 2022?

We have some big things coming in 2022. We’re getting ready for an incredible year, though there are things I cannot announce just yet. We’re waiting for the ink to dry but believe that we can’t wait to come back. If you want to stay connected to all we do, just text ‘Live Big’ to ‘2980.’ 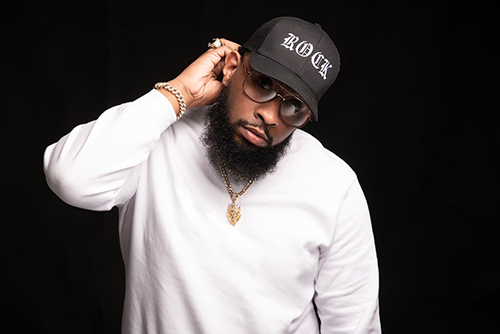