Actor, Patrick Vann first graced our screen when he portrayed Julian Harris in the film The Basement. Fast forward to now, the talented, aspiring actor has made quite the name for himself. He’s an award-winning actors and his a few more films added under his belt. More recently, Vann became Men’s Grooming Company Nate Holmes’ official ambassador. We caught up with him to discuss a new beard balm, more projects, and what we can expect to see from him in the future in this exclusive interview.

Most will know me for acting. I was in my sophomore year of College when JCL Productions discovered me in a play and casted me for my first movie role as Julian Harris in “The Basement”. As excited as I was, I was quickly hit with the reality that shooting a movie was a long and hard process. 2012 was a hectic time in life between memorizing that movie script, writing 10 page essays for school, and spending 13 hour days on set shooting the film. Looking back, I don’t know how I did it. But from that role I became an award winning actor and would later find myself casted in 2 more films and winning more awards. After that I made several TV appearances on networks including TVOne, Fox News, Uplift TV and did a small shoot with Empire in 2017. Most recently I signed a contact with the upcoming Men’s Grooming Company Nate Holmes as their official ambassador. After multiple meetings and discussions we decided to officially roll out the Vann signature product line which includes Hair & Beard Balm as well as Beard Oil. More products are slated to be released soon. 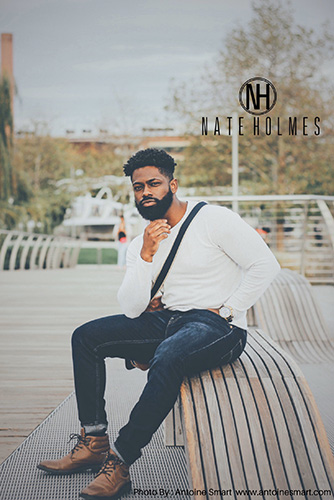 What inspired the creation of your beard balm?

The inspiration for creating a beard balm was probably a mix of having an affinity with the men’s grooming industry and finally being able to grow my beard out in the first place. Shooting movies & TV shows I’d be stuck with a certain look for however long it took to wrap the project. For TV shows we’d usually wrap quick, 1-2 weeks max. But movies took anywhere from a year to a year and a half of shooting. The characters from the 3 films I shot had little-to-no facial hair so for a solid 7 years I wasn’t able to grow it out. You could say when I was finally able to have control of my look with no restraints I went all out with the beard.

Also Nate Holmes has been a company I’ve had my eyes on as their brand is truly inspirational in terms of their aesthetic and quality. After signing with them, integrating into their overall vision was a seamless process. I can say we’re both a source of motivation and inspiration for one another both in and outside of the business relationship. 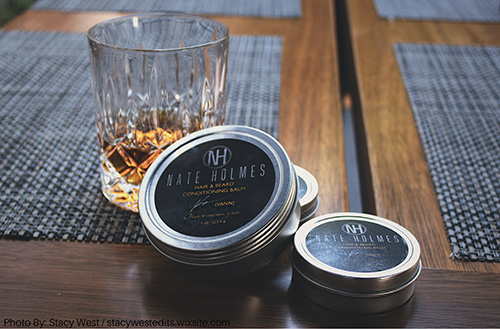 How do you plan to expand your brand in the years to come?

Not too long ago Cremo Company reached out asking if I’d do an ad for them on my Instagram. I agreed and essentially they sent me a year supply of their products including beard oils, soaps, colognes etc. to market on my page. As a social media influencer whose layout and aesthetic is largely based on my appearance that package checked off two boxes. 1 it showed that a major brand saw me as marketable and 2…held down my pockets for a solid year in terms of products. Anyone involved in modeling/acting knows that a substantial amount of money goes into your look. Whether that’s gym memberships, hair products, clothing, haircuts or skin care products the numbers can add up from a cost perspective. That said, we plan on spending a substantial amount of marketing efforts towards partnering with influencers who have met certain social media statistics and are heavy in the ad space. We know it’s truly a win-win for all parties involved.

Also I plan on bringing a lot of what I learned from the acting scene to the table. We’ll be incorporating commercials into the mix and even diving into the short film space. There’s a lot of casting opportunities so auditions will be instrumental for what we have in mind for the near future. 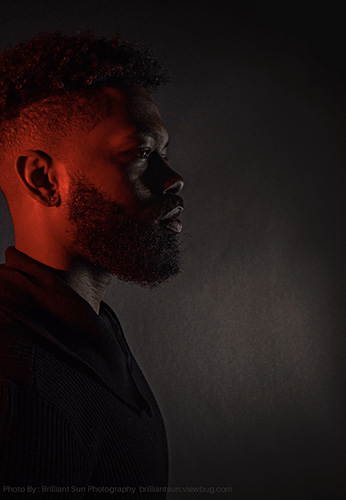 I can say I’ve been in contact with a production company regarding a web series they’re interested in casting me for. I haven’t got a script yet but I’m sure I’ll take the role. I haven’t been in front of the camera for acting in a couple years because I’ve been very much focused on my brand. But I’m ready to get back into it. I’ll also be appearing on the 8th Day Collective podcast for a video interview where we’ll discuss some pretty personal topics. It’ll be a great opportunity for my audience to get to know me more on an in depth level. I tend to be “to-myself” and almost introverted so it should be fun to see how that plays out.

What can we expect to see from Patrick Vann in the future?

Entertainment will always be my core. So more movies is definitely a thing. But I will say that I’m more focused on building my own platforms than trying to find a way onto someone else’s. That said, my long term goal is to have my own production company, I’ve got my eye on 2 artists that I’d want to start a label with, I want to eventually make Vann the next Coach or Louis Vuitton and expand the catalog to leather products. The best part of my 20’s is that even though I left college my sophomore year for film, I’ve been able to attain that same knowledge but with hands-on experience. I’ll say the future is looking bright, but I know it’s about putting the work in. It’s been said, “Pray like it all depends on God, work like it all depends on you”; that’s how I approach my goals and my vision and so far it’s been working out perfect for me.