Vina Love and Kid Capri are the epitome of keeping the talent in the family. The two have made a long-awaited collaboration on a newly released single, “Uptown.” The hit has opened new doors for the dynamic duo, as it is already streaming on all digital platforms. Unbeknownst to some, Love is Kid Capri’s cherished daughter. They put their heads together to make a classic that will stand the test of time. 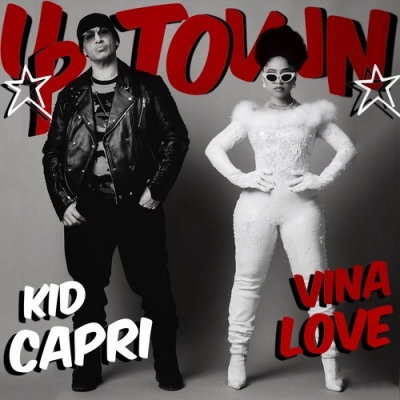 Legendary DJ and rapper Kid Capri welcomed Vina Love and knew she was destined for fame. After a life filled with music, Vina embraced the natural entertainer she was meant to be. Love began her career when she released her first explosive track, “Air.” She followed the success of “Air” with another release, “Drip.” She then cemented her place in the music industry when she unleashed her anti-hate anthem, “N.F.S.”

As a record accomplishment, Vina Love has become the youngest Black woman to own her own record label. Amore Love Records, distributed by EMPIRE, is Vina’s way of saying she owns every word in the creative process. Love has also made a name for herself by taking the stage with some of the hottest performers. She has rapped on the same stage as Megan Thee Stallion, RBRM, and The Lox. Love also embraced the blast from the past when she performed with Ashanti, Fat Joe, and Ja Rule.

2022 is looking optimistic for the young yet seasoned star. Aside from the latest release of “Uptown,” she is looking to drop an EP later this year. The album is set to feature mainstream favorite Snoop Dogg and talented producers such as Dizzo Banks. She is excited to move forward, and this single with her father is the best way to kick off the new year. Interact with Vina Love via social media @vina_love and check out her music on all digital platforms!

Photos and images courtesy of Vina Love and Kid Capri