Talented rap artist known as Kaila Love tapped into the ‘Sync Licensing’ world with her single, “Half Time,” featured on ESPN and NBA2K21 (her first sync placement), the day the song was released into the virtual world, which had been a goal of Kaila’s for 2 years

Kaila please tell us what is your perspective with regards to music?

songwriters, managers, and artists; all hoping for something called “sync placement,” the industry term for matching a song to what’s happening on screen. Kaila credits her distributor, UnitedMasters for the opportunity and ESPN Music for selecting her music. “I am so very grateful to have my music included on ESPN,” she says. “Persistence really does pay off.” Adding, “I started rapping to impress a boy in high school and never stopped.” 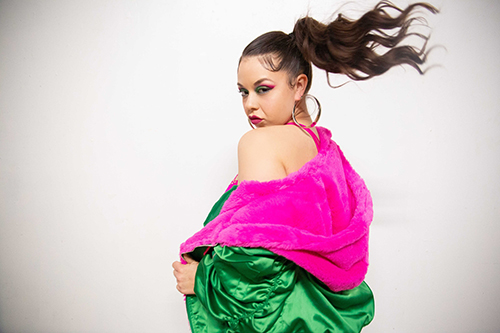 Please tell our Sheen readers about your journey.

Born and raised by my great-grandmother in the Bay Area, rapping helped me deal with my struggles from becoming a homeless teen, to becoming the first in my family to graduate college when I received my Bachelors of Arts degree in political science from UC Berkeley. Since then, I have performed hundreds of shows across the United States, I then released three EPs, earned an Associates Degree in recording arts. I believe my style can be described as smooth West Coast rap with a hint of hyphy, a sprinkle of soul, and a lot of storytelling.

Where can we find you on social media?

Kaila Love to lovers of hip-hop, soul and anyone in between.

See the music video for “Half Time” below.

All images by Tucked Visuals