Singer Sammie just announced the release of his new EP, “Satin Sheets,” and it is every bit of grown and sexy.

The first track, “Kitty Cry,” was released two weeks ago and is swiftly becoming an anthem for the ladies and couples worldwide. In the baby-making track, the deep-diving Pisces lets us know that he’s a Christian, a king, a freak, a bedroom G – a nice guy and a beast! And the “So Anxious” sample adds a sweet touch to the alluring song.

As you can see, unlike any other project Sammie has ever worked on, this one is startlingly bold, sensual, incredibly sexual, and soulful. “Satin Sheets” is an introduction to the seductive side of Sammie that he has teased for years. 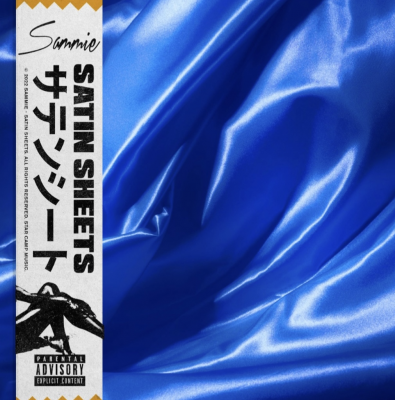 “I have no heartbreak or pain to convey,” says Sammie in regard to the inspiration behind his latest EP. “I just want to love, make love and be loved. I’ve never dedicated an entire project to being truly in the now which…in this moment, is a space of boldness, confidence, vulgar even. It’s who I am. It’s been too long where a body of work just gave you a sense of calm, passion and sexy. “Satin Sheets” is precisely that. We were put here to procreate. Continue the legacy. Champion companionship, it’s time for a man to be and exude the epitome of alpha and gentle aura simultaneously. So, I present to you all, that part of me.”

The R&B superstar wrote and produced all six tracks, with additional production from Troy Taylor, Jason Cathey, Damar Jackson, and others, including Anthony “Skino” Lopez as Executive Producer. “Satin Sheets” is now available on all streaming platforms.

If you’re waiting to see the gentle beast in person, grab your ticket to the “Vibes on Vibes” tour with Eric Bellinger kicking off March 11th.