R&B Singer, Natasha Mosley on Her Rendition of “All I Want For Christmas,’ Surpassing The Global Pandemic as a Creative, & More!

R&B sensation, Natasha Mosley is no hidden secret in the world of music. Just recently, she released her very own rendition of Mariah Carey’s “All I Want For Christmas” to get people into the holiday spirit – regardless of us being in a global pandemic. With her new release and becoming a trend on the popular app, TikTok for her single, “Love Me Later” from her 2015 debut album, we wanted to catch up with her to discuss what it has been like for her as a creative during this time of COVID-19.

Tell us what made you want to release your rendition of “All I Want for Christmas.”

I actually wanted to release a Christmas album, but I knew I was running out of time. I wanted to instead do a rendition of my favorite Christmas song, which is “All I Want for Christmas” by Mariah Carey because for one, I love her. She’s the absolute best and hits every note. I also wanted to challenge myself. It’s a hard song to sing. I had my team with me, I told them that that was the song I wanted to do a rendition of, and we did it. It turned out really good.

How would you describe being a creative during this time of the global pandemic?

It is very difficult because things are different now. It’s difficult being a creative during this time of the pandemic. You can’t really go out and do shows like we used to. Everything is just so different now. It made me become more creative. I began writing more and connecting with my fans more. Some may take it for granted but once it really hits, it’s like you can’t go see people or they can’t see you. This is the perfect opportunity to connect with my fans. The world is telling me to do it. That is kind of my out take on being a creative during the global pandemic.

Have you found it hard staying positive during this time of COVID-19 and the holidays? 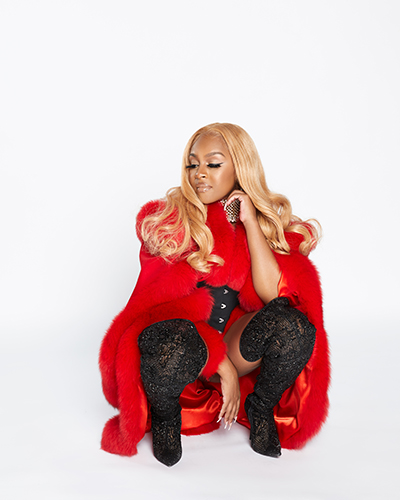 Currently, I’m working on new music. I have an album that is already ready to be put out. I have so many songs because I’m always recording. Due to the pandemic, I really got to figure out what people really wanted to hear now that we’re going through this major change in the world. I’ve been hesitant on the songs that I want on the album. I’ve been switching songs out but always working on new music. I’m just preparing to put out this new album.

In 2021, you should expect to hear a lot of new music. They’ll have the vaccine out for COVID-19 so I’ll be doing shows again and touring hopefully. You’ll be seeing me in some exciting new films. You’ll see a lot more of me in 2021. 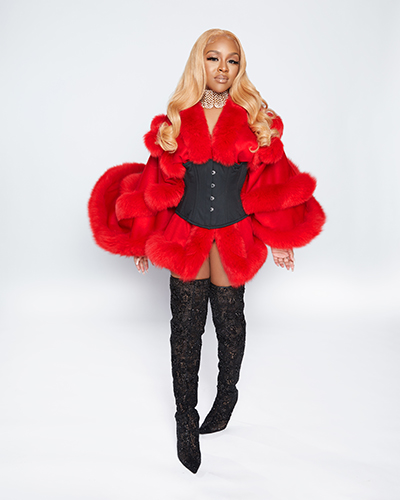 All images by Rari