Black Men are absolutely doing great things in this world! We had the chance to catch up with the New Jersey-native duo, Reec Swiney, and his father who’s iconic behind the scenes of much of the work they do. They invited us to attend one of many public outreach projects they facilitate for youth and those who support them, through their own, P.A.Y. USA (Positive American Youth). 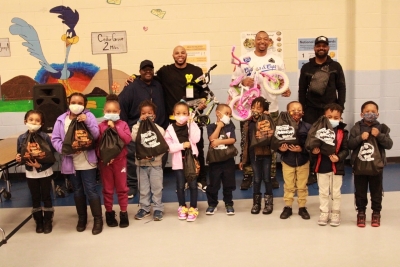 The passion behind their mission is pure and motivated by the consistent improvement within the communities and spaces they touch. 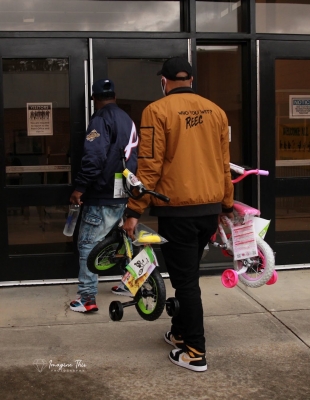 Last week, Reec Radio and 501(c)3 Nonprofit P.A.Y. USA does it once again by partnering up to give away bikes and gift bags to a chosen Elementary school kindergarten class on behalf of the inspirational story of their teacher. 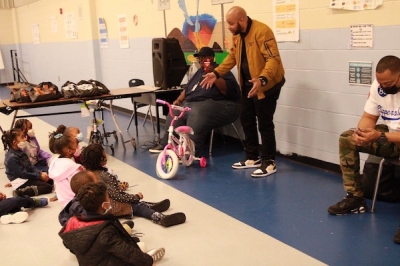 Back in July of 2021, Reec Swiney, multi-media mogul and host of Reec Radio had the pleasure of interviewing George Covington, a Kindergarten Teacher at Cedar Grove Elementary who at the time appeared on the TLC Channel and Discovery Plus show “Too Large”. This show featured individuals who were ready to change their lives via weight loss surgery with Dr. Charles Proctor (Bariatric Surgeon) in Atlanta. George initially weighed over 700 pounds and by the time he interviewed with Reec for the first time, he had already lost over 200 pounds. Additionally, this interview generated over 100,000 views on their YouTube channel alone!

Reec did a follow-up interview with George on Feb 5th, 2022 as a listener “favorite”.

George explained that he is still working out with his trainer and has gone from a 9xl to a 5xl shirt. He also touched on how he is staying consistent with healthy meals plans. Aside from George’s weight loss journey, Reec made sure to show him some appreciation in both interviews for being a teacher and molding the next generation, especially during this pandemic. 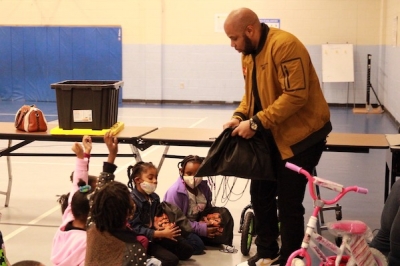 With experiencing virtual learning with his own children, it was put on Reec’s heart to do something nice for George and his entire in-person class courtesy of Reec Radio and Positive American Youth! Two students, one boy, and one girl received bikes because they tested very well on their MAP test while the others received gift bags. That is to say, the day was filled with gratitude and appreciation. The excitement on the kids’ faces told it all!

For more on upcoming events and how to connect with Reec and Positive American Youth, please follow them on the social media handles below.