Samantha Thomas Is All The Rage on iHeart Radio

Emmy Award winner Samantha Thomas is a journalist and native of Chicago, Illinois. She began her career after graduating from Lincoln University of Missouri in 2004. She tirelessly worked and gained valuable experience at several local news markets across the U.S. starting in 2005 including, Missouri (CBS), Las Vegas (FOX and CBS), and Chicago (CBS2 News). Because of her diligence and undeniable work ethic behind-the-scenes, Samantha earned an EMMY Award in 2008 for “Excellence as a Producer,” which is incredible! 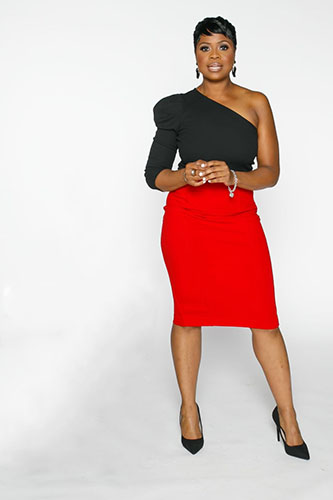 Fast forward to 2019, Samantha returned to Chicago and, in 2020, she became an On-Air Personality at the legendary WVON-1690AM | iHeartRadio. She currently hosts the Evening Show, “Samantha TALKS” Monday – Thursday from 6 PM to 9 PM CT. The show is extremely popular with thousands of listeners each evening where Samantha features celebrities to black business owners, which is truly an act of service for the community.

All images by Darryl Hammond