Samm Henshaw is a whole vibe, and he’s here to take over the music industry once and for all. Reeling in that feel-good, nostalgic R&B and soul energy from the ’90s and combining with modern-day elements and production, the rising star has created his own lane, and fans can’t get enough.

Hailing from London, the Nigerian singer-songwriter grew up in the church and began writing worship songs at 15. In 2015, he debuted his critically-acclaimed EP titled The Sound Experiment, following it up with a sequel one year later. Since then, he’s toured with everyone from H.E.R. to Chance The Rapper to Tori Kelly while amassing over 140 million streams to date.

Now, Samm readies his debut album titled Untidy Soul, to be released on January 28th via AWAL. With lead singles “Chicken Wings,” “Grow,” featuring Tiana Major9, and “Still Broke,” Samm continues with his mission of creating music to uplift all those who listen.

Sheen Magazine caught up with Samm via Zoom, who states he’s been “chillin’, working a bit and resting.” Read below as we discuss how he’s been holding up with the pandemic, the inspiration behind “Chicken Wings,” the meaning behind his forthcoming album Untidy Soul, love for Atlanta, goals, and more!

How’ve you been since the last time we chatted?

I’m good. With the new variant, it’s not as insane as it was before. There’s no lockdown happening or anything. People just have to deal with it themselves if they catch it, so it’s all good.

“Chicken Wings” out now. Did a particular female inspire this record?

Were you eating chicken wings?

What inspired the music video?

Whenever I write, I’ve always imagined or pictured things in my head. That’s the only way I can write. If I can’t picture it in my mind, I can’t really write anything. Once we had written it, we started adding the production parts. We started feeling like whatever we create for the video needs to be set in a restaurant that we’ve made called Henny’s Wings. We had established that. We were thinking about branding and everything from when we’d written the song. It has to be about a restaurant, and the restaurant has to be a douchebag. It has to be this colorful, bright big thing. To be fun and somewhat colorful, we had thought that from the beginning.

Spicy with barbecue. Gotta be hot.

The debut album Untidy Soul is out on January 28th. So what’s the meaning behind the title?

Yeah, thank you. I remember always having conversations about my sound. From when I got into music, I was always trying to figure out where I’d fit in and what my sound was. I remember eventually, in 2017, I was on a plane on my way to LA again with my manager. I remember having an epiphany: “I want to make soul music, mixed with hip-hop, mixed with gospel.” Cause those are all the vibes I was inspired by growing up. Those were the heaviest influences for me when I was a kid. I wanted to create something that combines those styles, frequencies, and feelings.

I remember we did it, then the music would be played or be out, and people would be struggling to describe it. People would ask me, “what do you describe your music as?” I end up one day going on this messy, untidy soul. At the moment, I thought, “wait, that’s cool, that could be the title for something.” I held onto it for a really long time. Eventually, coming into the album, it came back to me. Oh, Untidy Soul. There’s this one long story, but this idea of us as humans being a bit of a mess and understanding there’s room to clean up. There’s room to be better, and you can always grow and evolve.

The album draws influences from Kirk Franklin, Lauryn Hill, and Marvin Gaye. Talk about combining that with the new modern-day R&B sound as well.

I love a lot of the things I’m hearing in R&B and soul at the moment. A lot of people sometimes get mad and say, “oh no, it’s not like what I used to listen to. Soul and R&B used to be so good, blah blah.” I mess with a lot of stuff I hear right now. It’s heading in a really dope direction. It’s a point of evolution, isn’t it? It’s not really meant to be the same if everyone created what they created before served their purpose.

That’s also the beautiful thing about technology. If you want to listen to something that feels like Marvin Gaye, you have Marvin Gaye to listen to. If you want to listen to Kirk Franklin, Kirk Franklin is still very active and killing it. If you want to hear these things, they’ve done it. For me, I love a bunch of stuff I’m hearing. I love what SZA does. She’s incredible. I’m a big Ari Lennox fan. She’s great. I love Sir. He’s dope. There are so many people doing interesting things with soul music and R&B. I’m intrigued by it all, and I love it. It’s great, and it’s sexy how people are taking their influences and creating something new.

How did the TV show Atlanta inspire your tracklist?

First of all, Donald Glover and their entire team, just geniuses. From the writers to the actors. I’m really into dark comedies that reflect everyday life. To me, shows like Atlanta, Insecure (which I need to catch up on), Master of None are inspiring because it’s people’s lives. You can do almost anything with that. For me, Atlanta does it in my favorite way because it’s not afraid of being weird with some of the details. It’s not afraid of putting an invisible car in the show for the sake of having an invisible car. [laughs] It has really weird concepts, and I love it.

I remember listening to the album when it was a bunch of songs, trying to find the connecting themes. Essentially, these are stories about people or a person’s life. It wasn’t this connecting thread, this chronological thing necessarily. When you watch Atlanta, every story is an episode, and the next episode is an entirely different story. That’s how I felt about the songs. It wasn’t this continuation of stuff. If you listen to it carefully, you’ll find that it flows and has an order, but I liked how the show did that. I listened to the record and felt like it related to that and the other shows I’d seen. We wanted to make the videos feel that way, also the same thing with the album.

Any goals for the new year?

Yeah, a few. Life goals, really, yeah? Become a better person before I die. That’s the main one: be good, do good. Try to be better than I was yesterday and the day before that. Building my relationship with God is also quite important to me now. I’m rebuilding it. 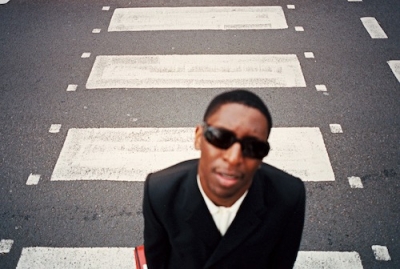