Historically, Sharna Jenkins, also known as Ms. J has been behind the scenes, including writing for Cardi B.  Now, she wants her impact on the TV and movie business to be known.  Ms. J. has garnered over 4 million views of her film entitled Sister’s Keeper which can be found on Amazon Prime. Moreover, she is the founder of AMSJSCRIPT, a full-service, creative consultation business, and Theater in Motion, which has produced numerous, widely toured plays. Career accolades include Pathfinders Woman’s Award, recognition from the NACCP Youth Division, and more. Ms. J is not a newbie to “Hollywood.”  Her career started at a young age.  She is a graduate of Laguardia High School of the Performing Arts in New York City’s Lincoln Center. 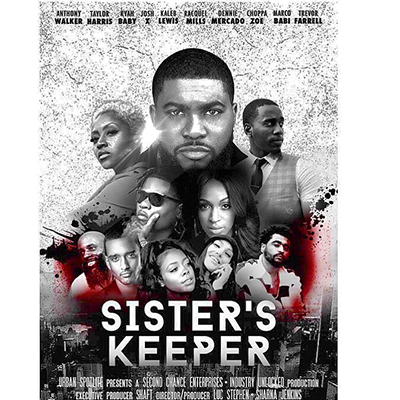 Her entire life has encompassed the beauty of the arts. Ms. J has studied opera, jazz, musical theater, and theater writing. Her career started with scriptwriting directly after high school, writing her first off-Broadway play. Over fifteen years, Ms. J has written, directed, and produced several theatrical off-Broadway productions, namely “Sleeping Generation,” “Daddy’s Girl,” and “Like Me Love Me Love You.” She has also worked with countless schools in New York’s tri-state area bringing in her theatrical antibullying creative assembly.  She is currently working to greenlight shorts, film shorts “Waiting” and “Desperate Decision.”

All images by Andrew Dante Hillmedo