Meet Brianna Rollins-McNeal; American track and field athlete, 2016 Olympic champion and the 2013 World champion in the 100 meter hurdles. Hailing from Liberty City located in Miami, Florida, McNeal is the embodiment of how far hard work, dedication and determination can take you. For her outstanding performances at the 2013 USA Track and Field Championships and 2013 World Championships in Moscow, not only did McNeal win a gold medal but was presented the Jackie Joyner-Kersee Athlete of the Year Award. Her time of 12.26 is tied as the fourth-fastest run in history. We applaud McNeal for staying motivated, dedicated, making boss moves and continuing to break barriers despite the ups and downs in her career. Not only is she a beast on the track but continues to capture our attention with her striking natural hairstyles; making every naturalista proud as she exudes #BlackGirlMagic on the track. Brianna is a Live Nation Ambassador and was listed as Forbes 30 Under 30 Class of 2020. So, she’s definitely someone that you need to follow, if you haven’t joined the wave already. We had the pleasure to catch up with the Olympic Champion to discuss her career, how she got started and what we can expect from her in 2020. Check it out below in this Sheen Exclusive!

“I believe when you go through alot, it will make you grow. That’s exactly what happened, the loss made me grow and believe more in myself.” – Brianna Rollins-McNeal

For those who are just learning about who Brianna Rollins-McNeal is, can you tell our readers how you got started in running track?

It all started in school, with my teacher telling me that I could run fast when I was a child. I used to race all the kids in my neighborhood and all the kids in my neighborhood started saying you’re so fast, you’re so fast you should run track! So, I finally bought into when I got to high school and ever since then I’ve been running track. I started  for a few months as a sprinter then one day I asked my coach if I could be a hurdler and it just stuck. Since then I’ve been a hurdler, I guess it was meant to be quite honest. (she says laughingly) 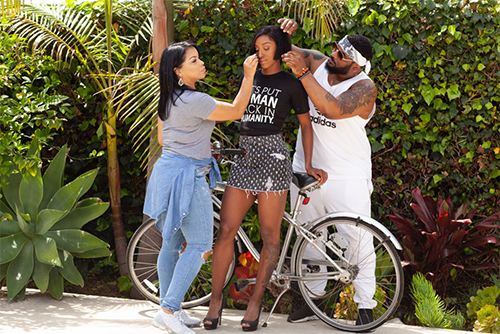 Growing up and evolving as a track athlete and Olympic champion yourself, who were some of your biggest Olympic influences or inspirations?

Honestly, growing up I didn’t know too many track and field athletes because I didn’t watch it as much. It was when I began running track and started to read more on the sport did I develop inspirations. However, today Sanya Richards-Ross inspires me and Shelly-Ann Fraser-Pryce. I love and enjoy how both women are consistent and dominate the sport of track & field. I would also say Tiffany Williams inspires me. She’s a 400 meter-hurdles champion and we’re both from the same neighborhood, we went to the same highschool and we have the same background; so she’s definitely someone I look up too. It’s always a good feeling to see someone else come from where you come from and to be inspired!

Your fans have seen you rock every hairstyle on the track from Bantu Knots, Mohawks to Violet Curls, how do you decide on what look you want to rock for each race?

Honestly, I don’t give it too much thought it comes to my mind probably the day or week of. (she says laughlighly) Whatever comes to my mind the week of, is the hairstyle I decide to rock. I have a lot of hairstyle ideas but I try not to think too much about it. I rock the different hairstyles because it’s a way for me to express my personality. It’s all about how I feel. However, a couple of months ago I decided to loc my hair so you’ll be seeing my locs on the track now. 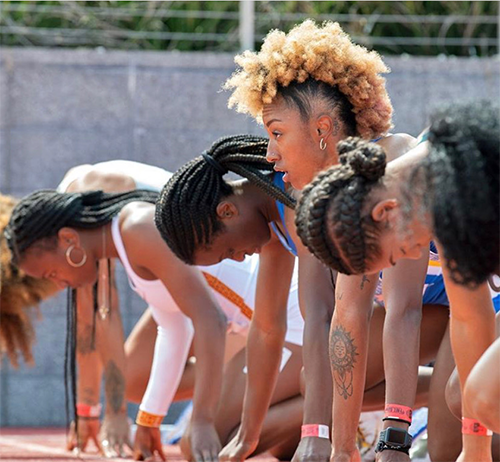 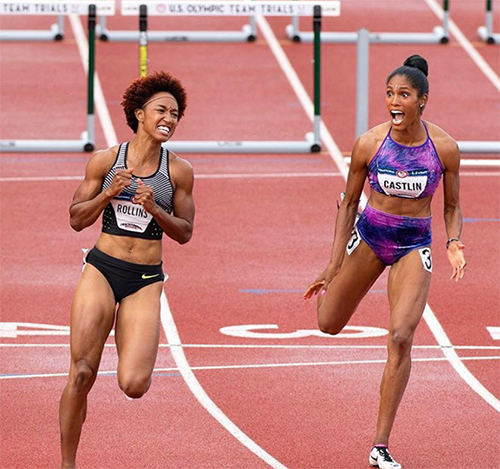 Trutfully, I’m so grateful and blessed. I acknowledge it’s another list to be apart of but I’m just grateful to be recognized. I can’t really explain how I felt but I will definitely say the feeling was gratitude.

In your interview with Fox Soul TV you mentioned your faith and relationship with God. How has your faith carried you from the loss in 2012 to becoming a 2016 Olympic Champion and even your success today?

I believe when you go through alot, it will make you grow. That’s exactly what happened, the loss made me grow and believe more in myself. I’ve gone through a lot of ups and downs in my life and it keeps me grounded. You have to know it’s important not to give up. I’m not a perfect person and I’m not always perfect on the track, but I do believe that whatever happens is always happening for my greater good at the end of the day.

What words of wisdom would you share with the little girl growing up in Liberty City now that’s feeling discouraged or your younger self? 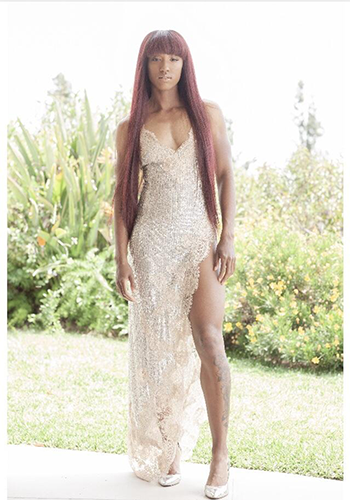 What can our readers expect from Brianna Rollins-McNeal in 2020?

Honestly, 2020 is all about Track & Field. The Olympics only come every four years, so I’m not focused on any other adventures right now. I know anything that comes my way in 2020 is a pure blessing!

Courtesy of The Coffman Agency