Although Spartanburg native Jessica Nash’s foundation is marketing and management, being an intricate contributor to the entertainment industry has always been the passion for this 19-year veteran. Noticing a sense of fashion and the skills for modeling at a young age, Nash’s parents signed her to a modeling agency at 12. Possessing other talents like dancing and singing propelled Nash’s acting career and helped secure features in commercials, magazines, and billboards. Participation in local pageants and numerous fashion shows quickly laid the foundation for Nash, leading to what she thought was her “Big Break,”auditioning in 2013 for America’s Next Top Model. Even though Nash was disappointed when she received the devastating news of being declined, never in her imagination would she think the opportunity would present itself for her to create her own version of the show. 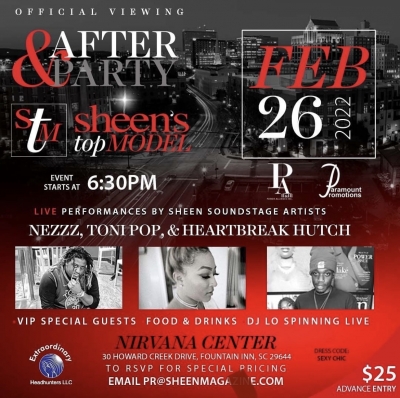