During these times so much has happened not only in the United States but around the world. The pandemic was only the beginning and as a whole, the world is still suffering two years later! Now the world has an even bigger problem on their hands. Even though a war seems to be happening 5,000 miles away, due to social media, we are able to see what is going on firsthand. In the beginning it might have seemed unreal or not that serious, but this is very serious. Men, women, and children are having life choices being made for them and dying because of it. SHEEN was able to interview two natives of the Ukraine to get more information about how the Ukraine got to this point with Russia, what damage has already been done, and what’s next for their country. 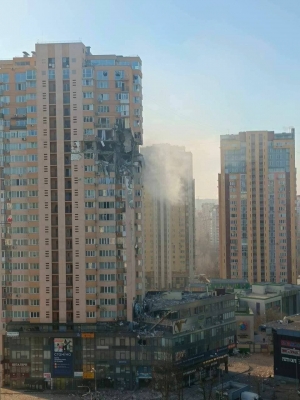 How has this impacted your country?

“The war has done devastating damage to our country. Everyday air strikes keep running Ukraine as far as 600-700km away from the front lines. On the positive side, Ukrainians were never this united. We are united in our desire to live in a free country not under Russian tyranny. Everyone is doing what they can to contribute to our future victory. I read a story on how a whole village came with shovels to help dig trenches because villagers saw Russian troops approaching and decided to help our army to reinforce their positions. There’s no way we will lose this war! I hate to see how western media follows Russian propaganda and call it a conflict or Ukrainian conflict. Another country is invading US, killing hundreds of us every single day! I have no idea how long it will take us to fix and rebuild everything Russia has destroyed. I love to see how many countries support us. I think this war impacted not only Ukraine but the whole world!”

Khrystyna Washington was able to discuss what has been going on in her country lately and things seem to be getting worse. Mrs. Washington has a friend in Kyiv and another in Kherson which was occupied by Russians. She expressed to us that Russians have kidnapped people in their city and toured them to force them to corporate! The people of Ukraine are very strong and refuse to back down as they have protests there everyday! Khrystyna Washington has a strong love for her people and her country and knows they will get out of this, she’s just not sure when. 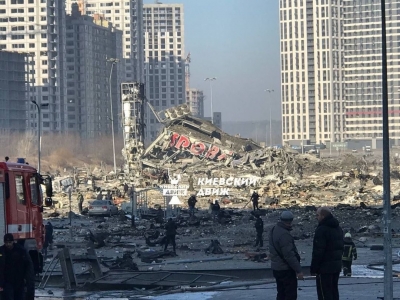 Why is this happening?

“Mainly because of sick ambitions of a deranged man. Putin wants to be in the history books as a person who recreated the Russian empire. Now after 20 years of propaganda the majority of the Russian population supports it. They claim they’re fighting NATO, Nazis, fascists, bio labs, nationalists, etc.”

How many have died?

“The UN gives a number of 1081 civilian casualty. But this number is far from the truth. It’s impossible to get the exact number at the moment. We have cities where bodies are in the streets. Ukrainian authorities are unable to collect them due to intensive shelling. But only in Mariupol there’ve been reported over 5000 dead civilians. The official number of children’s deaths is 143. Confirmed by Ukrainian officials. This is beyond heartbreaking!”

How far are you from war?

“I’m in the rear, relatively safe I guess. So far only airstrikes reach me. Enemy troops are 500+ km away. They have left their pursuit of taking the capital and the northern parts of Ukraine. They have no manpower, nor do they come all the way here.”

“I think I am but I’m doing my best to control the fear and not to give in. Panic won’t help any of us. We need to be strong for each other. No lie every, time the siren goes off I do get nervous. It’s a gamble whether the enemy missile gets you or not. When you hear about explosions in other cities where you have friends you immediately text them to check up on them!” 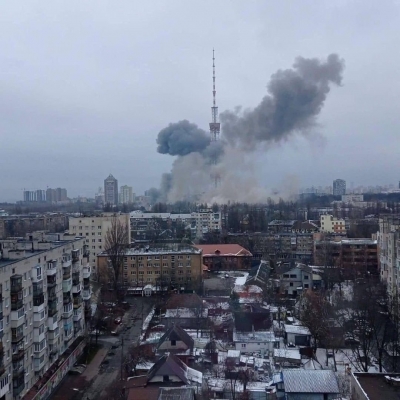 Khystyna assured us that she always is checking in on friends and family that are way closer to the war than she is. About a month ago she informed us that over 100 children were confirmed dead in the Ukraine. Just recently, news broke the internet that the Russian forces were using teddy bears to reel in children that had hidden bombs in them!

Are people able to leave the country?

“The first couple of days it was a nightmare. I think even Western media covered the stories from our borders. I didn’t expect such big amount of people leaving to be honest. However, nobody really could grasp the damage being done to the cities on the front lines. Only later we were able to see it in the news and even then you don’t fully realize it’s possible in your country in the 21st century! Millions got stuck on the borders fleeing the county in the first week of the war. Now I think it’s less crowded on the borders and it should be faster to cross the border but it’s only my assumptions.”