Sheen Media Group has done it again and this time in a major way with the debut of Sheen’s Top Model! This past Saturday, the media giant brought the city out to the Nirvana Cultural Center for the exclusive screening of their independently produced model competition show and the experience was absolute fire! Sheen Magazine and Sheen Media Group decided to throw the Sheen name into the world of reality entertainments with an elimination style modeling competition, and it is only right, since Sheen Magazine has been the Ultimate in Beautyfor years now! Guests at the exclusive premiere event got to be the first to see the never-before-seen episodes and to watch the winner be revealed! 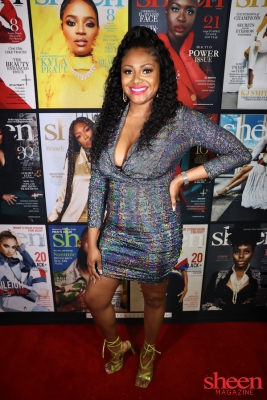 There were red carpets. There were beautiful people everywhere. The drinks were flowing and the whole vibe was super sexy. There was beautiful fashion, celebrity photographers and, yes of course, there was entertainment! Rising star, Toni Pop, brought down the house with her debut performance of her super-hot new single, “Slurp it Up”. The energy was high, and everyone was excited to see who the winner would be! 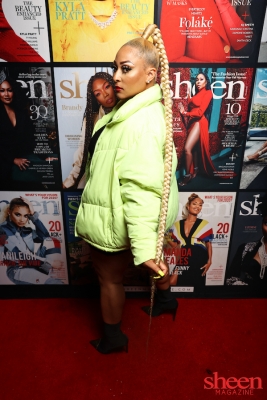 Onn the show, contestants were judged on things like on screen presence, believability when advertising the Sheen suite of products and photo appeal and the winner would walk away with the opportunity of a lifetime, to include brand deals, modeling opportunities and priceless exposure to boost their career. The competition was stiff, and the contestants were all amazing, but in the end, there was one winner left standing, the gorgeous and leggy Destinee Wardlaw. 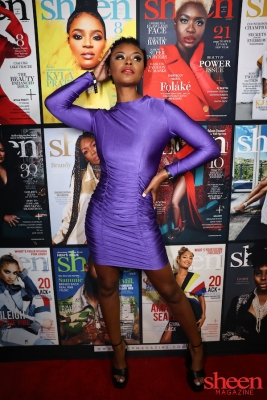 Wardlaw also received a giant Sheen check that was presented to her by Publisher, Tre Chapman, Editor in Chief, Kristyn Harris and the producer behind the first ever STM, Jessica Nash.