Sheléa Discusses Exciting Holiday Projects & What You Can Expect From Her in 2021!

Just recently, Sheléa appeared on CW’s special, Silent Night – A Song For The World where we witnessed her perform a few snippets of her own version of the popular holioday single. In addition, she teamed up with Stevie Mackey on his holiday album, The Most Wonderful Time.” With so many projects premiering, we had to catch up with the hit music sensation to discuss all the details and see what she has up her sleeve for the New Year.

What can we expect to see in the CW special, Silent Night – A Song For the World?

This is a beautiful film telling the enduring story of the most beloved Christmas carols, Silent Night. It will be sung all over the world in different languages; and I’m excited to bring a soulful gospel interpretation to the timeless song with Greg Phillinganes.

What was it like teaming up with Stevie Mackey for the release of his Christmas Album: The Most Wonderful Time?”

Stevie is a childhood friend, so it was very special to sing on his debut album, Mary Did You Know. You can truly hear the joy we have singing together. I also did a duet with PJ Morton on his Christmas Deluxe album. We recorded it virtually, but it was amazing to see how beautiful it came together. I also have a Christmas EP that I made with love, Don’t Wanna Wait Til Christmas.

You recently performed your new single “Grace” on Sheryl Lee Ralph’s Diva’s Simply Singing. What inspired the creation of the song?

I was seeing in the media how quick we are to cancel people—for a wrong action, the wrong answer, old tweets. I just wanted a song to remind everyone to just pause, take a deep breath and remember that we ALL need a little grace.

I’m going to be releasing new music starting with Grace. Playing Dorinda Clark-Cole in The Clark Sisters: First Ladies of Gospel was such a joy; and I would love to do a lot more acting. 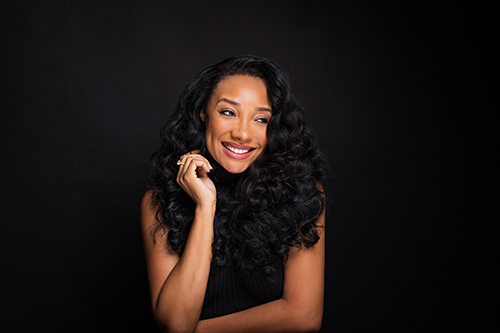 All Images by Abel Rodriguez

2020entertainmentmusicSilent Night – A Song For the World