When the two of them walked into Panda of Harlem, there was a sense of warmth that captivated the audience opposite of the lighting that had been set up for the cameras. Eric Whitehead and Sierra Gates had arrived, and love was on top. 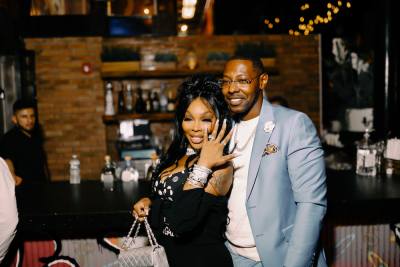 Eric wrapped his arms around Sierra as I noticed her body curled up against his, only slightly with her eyes closing, exposing her perfectly curled lashes and shadow. She is his and he is hers—a romance hard fought on both ends and documented through Vh1’s hit reality TV show Love and Hip Hop: Atlanta. 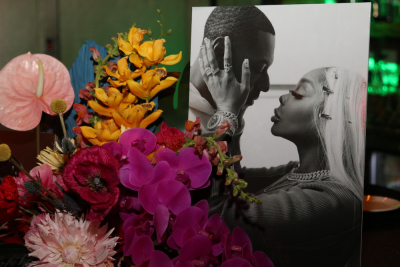 Nestled in Harlem where Black history is lived and experienced, the backdrop of red roses took over one of the walls of Panda—12thavenue’s newest hotspot. It was an intimate event where Eric and Sierra knew everyone in the room, including Scrappy and Bambi who were on hand to celebrate. 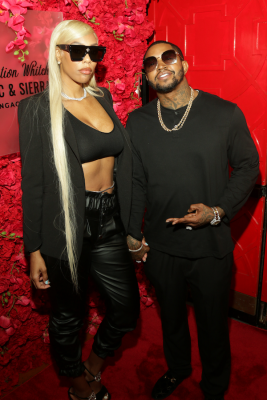 I got a chance to speak to the two rappers about lyrics being used against them in court, collaborating as a husband and wife, and separate projects. Their perspective isn’t often shared on the show that made the two of them one of Hip-Hop’s favorite couples, but it’s clear through show and tell that their love language is success.

At its core, the Mona Scott-Young-produced docu-drama was built around the idea of love within the culture of Hip-Hop. Fans were immediately taken with the Atlanta franchise and were especially immersed in entrepreneur Sierra Gates’ story.

Now, engaged to serial money-maker and financial guru Eric Whitehead, Gates is experiencing a new love, one that is here to stay. 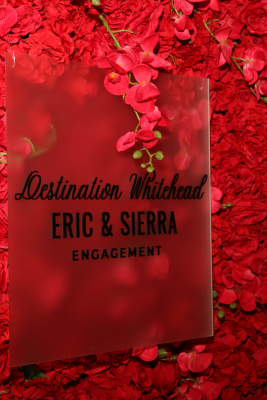 James R. Sanders is the News Editor at Complex Magazine and he Senior Editor at BALDWIN. James’ work has appeared in Vogue, GQ, Blavity, and HuffPost. As a celebrity stylist, James has worked all the major red carpets during awards season—dressing the biggest names in music, TV, and film. He is a regular contributor to SHEEN. Follow him on Instagram and Twitter @JamesRSanders.