Spice International Celebrates The Release of “Go Down Deh”

Spice International better known as “The Queen of DanceHall” is trending online once again but this time there isn’t speculation of her skin being bleached but one thing is fact, Spice knows how to go viral! This Jamaican Dancehall sensation is back with new music “Go Down Deh!” collaboration with Sean Paul and Shaggy. The video has already amassed more than 1 million views on YouTube! Love & Hip Hop Atlanta recently celebrated the release of her newest single “Gone Down Deh” featuring two of the world’s biggest international artists Shaggy and Sean Paul! Shaggy came out to celebrate the release during an intimate party in Atlanta. The party was star studded with appearances from her LHHATL castmates. 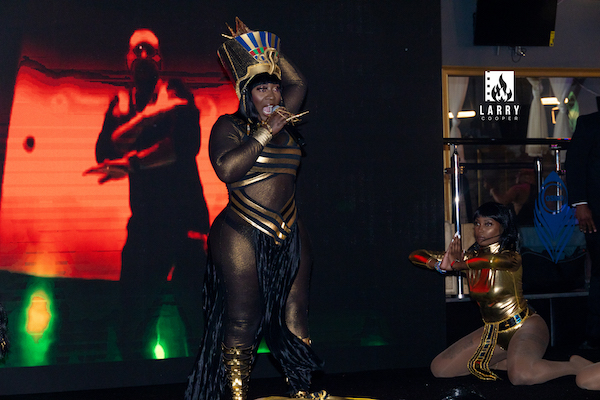 Spice spoke about how much it meant to her to have Shaggy and Sean Paul support her musical career. Atlanta’s top names in entertainment also came out to celebrate her such as; Yandy Smith, Rasheeda, Karlie Redd, and Safaree all celebrated Spice’s release! When speaking with Spice, I asked her what message this collaboration was sending to fans and she said “unity, and collaboration amongst international artists!” The song is definitely another hit in the books for the Queen of Dancehall herself! Shaggy also spoke about his support and love for Spice.

Check out the video below “Gone Down Deh”: