Lumberton, North Carolina native, Sum1Sounds is a young artist who has quickly name the name for herself in the world of music. She’s been featured on Missy Elliott’s “DripDemeanor” and is close to finalizing her EP which was also executive produced by the legend herself. Amidst our current pandemic, the aspiring star took it upon herself to stay active by releasing a 4-track mixtape for those quarantining at home to tune into! We caught up with her to discuss more about the new project, the upcoming EP, and much more!

Tell us about yourself. What made you want to pursue music as your career?

My name is Sum1Sounds. I’m 22 years-old from Lumberton, North Carolina. I was inspired to pursue music by my father. I started off playing the drums in church. As I got older, I got into R&B. Some of my inspirations were Destiny’s Child, Beyoncé, Rihanna, and Ciara. When I was 15, I came to Atlanta for the first time and I saw how much opportunity there was out here. I just knew I could do it and wanted to! When I was 17. I moved to Atlanta and started doing music.

What was it like being featured on Missy Elliott’s “DripDeameanor”?

It was very nerve-wrecking at first because we actually recorded the song at her house. Being in a legend’s home felt so surreal. I was there with my executive Corte Ellis. That helped calm me down. She was very cool, down to earth, and gave me my space and time to create. It was an interesting experience. She’s so cool and like a mentor to me. 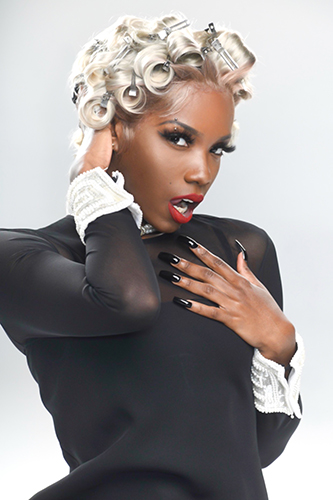 Tell us about your 4-track mixtape titled Quarantine & Chill.

When quarantine first started, I thought to myself, ‘How can I maximize this opportunity?’ I had so much time being in the house, not being able to go anywhere. I realized people were on the internet more than ever. If anything, people are going to be looking for new music. I dropped a quick project that I recorded at home with my boyfriend. He’s on a couple records. We dropped it to give people something to listen to during quarantine.

How have you been dealing with our current pandemic as an artist?

I’ve just been finding ways to maximize the opportunity. For instance, I’ve been doing interviews, promoting my music, and finding ways to link up with people that I know to come up with ideas and content to put on the internet. I’ve always been doing a lot of reflecting, journaling, and meditating through yoga. I love researching different topics, so I’ve been looking for ways to become better as not only an artist but also a person in general. 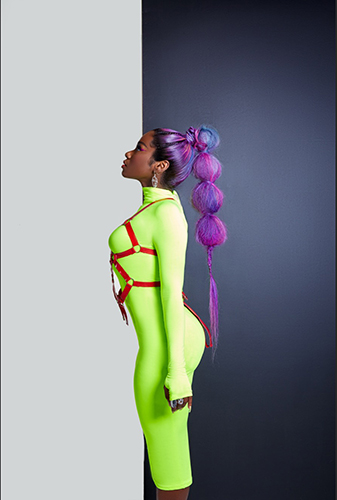