If you’re a fan of R&B, you’re probably a fan of Tank. Hailing from Milwaukee, Wisconsin, the superstar has been deemed the King of R&B, recently going viral for his comments on The Shade Room’s post on Instagram, which depicted a screenshot of Yung Bleu retweeting one of his fans saying he’s the King of R&B. On the post, Tank comments “I’m glad I”m from a different generation ‘cause y’all wild,’ with multiple laughing face emojis.

20 years deep in the game, Tank has multiple timeless records to his name, including “Maybe I Deserve”, “Please Don’t Go”, and “When We.” On Sunday, March 13th, the Platinum-selling recording artist kicked off LA Fashion Week by taking over The Globe Theater in downtown Los Angeles, hosting the evening alongside the beautiful Rosa Acosta. 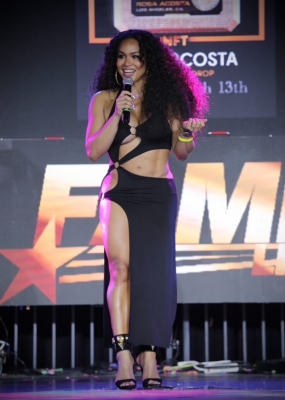 The evening was put together by Famelive, which serves as an acronym for Fashion, Art, Music, and Entertainment, throwing monthly events for celebrities and influencers in the industry. The room was filled with the who’s who of the industry, including Affion Crockett, Juhahn Jones, Jeremy Meeks, and more. 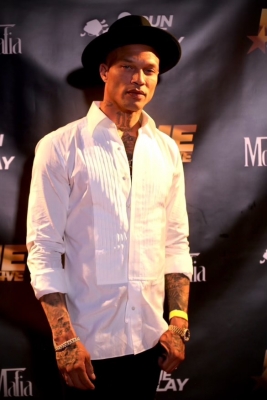 At 11:30 pm, Tank took the stage to perform his 3 biggest hits, as attendees quickly swarmed the stage for the grand finale. Dressed in a Mastermind suit, Tank was looking fashionable as ever, as fans sang every word to the lyrics. He also promoted his new album R&B Money, as well as celebrated “I Deserve” hitting that #1 spot.