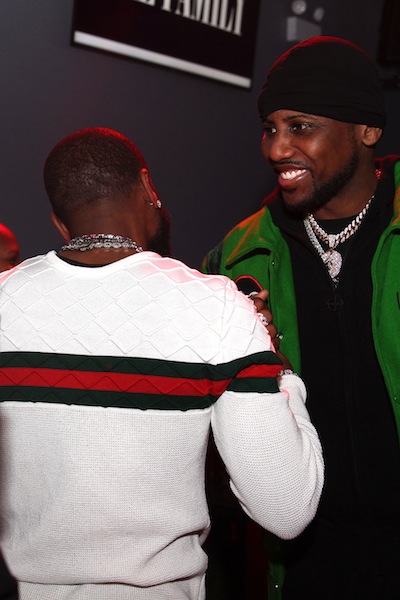 Last March, Josh K made history by becoming the first artist to sign to rapper Fabolous’s joint venture, The Family Music Group. Following the signing, he released his highly anticipated EP, Lover’s Lane Act I. Lover’s Lane I was just the first installment of the series which garnered him huge success and growth for the singer/writer.

On Thursday night, a very select few were invited to a private preview and celebration for Josh K’s upcoming project Lover’s Lane Act 3, documentary and official signing to “The Family.” The lavish event was held at The Lyon’s Den, a really chill hookah lounge and cigar bar in Chicago’s Wicker Park. 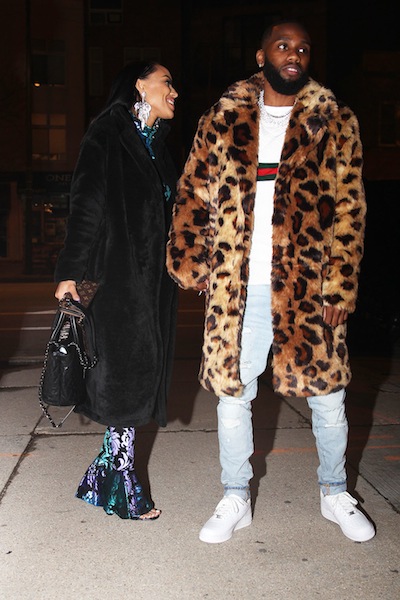 Josh K arrived with his fiancé Lee Lee Owens a little before 11 pm. Fabolous pulled up at the same time but waited in his blacked-out SUV as Josh K and Owens made their grand entrance. Class act!

The night did not lack entertainment. Josh K and Fabolous serenaded guests with their lead single “So Tuff” from Lover’s Lane Act I. The single feat. Fabolous produced by Trabeats. Josh hopped on the mic and delivered a heartfelt speech about his journey and all the people that played an important role. 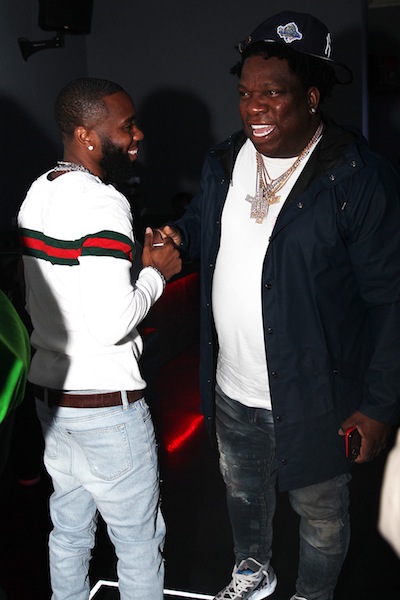 And my personal favorite highlight of the night was Fab handing Josh a box with his very own blinged-out “The Family” chain!

Now you know it’s official with you get the chain. What a difference a year can make. Cheers to Josh K!

For more on Josh K: