The Latest Entertainment Hit Is: ‘The Chosen’

An app and show called, ‘The Chosen’ is a redefining “faith-based” media

Near Goshen, Utah – some 60 miles south of Salt Lake City – there is a sprawling movie set like no other on earth. Built by the Church of Jesus Christ of Latter-Day Saints (better known as the Mormon Church), “New Jerusalem” is a mini replica of the ancient capital of Israel, and while Mormon filmmakers have been using parts of it for filming projects for some time, the site hasn’t been used for many major productions; that is, until The Chosen season two, much of which was shot on the set. Mormons and evangelical Christians don’t have the best record when it comes to cooperation, but director Dallas Jenkins seems to have what it takes to bring people together.

At the start of season one episodes, director Jenkins appears and makes a little pitch – for example, talking about the “miracle” it took for them to be able to do justice to a film re-creation of the New Testament story of Christ feeding thousands by multiplying loaves and fishes. He also explains the idea behind this a one-of-a-kind Bible TV show you watch through a free app, how season one was crowdfunded by thousands of initial investors or “stockholders,” and offers the viewer a chance to be a part of the re-telling of the “greatest story ever told” by paying-it-forward (the model for season two). Jenkins pulls this off with just the right amount of humility and pride in what he and his team have accomplished, which, forgive the overuse of the term, is pretty miraculous.

Think about it: the biggest crowd-funded TV series or film project of all time is an app with a series of episodes about the life of Jesus Christ. This is an extremely familiar tale to many millions of people and has been the theme of untold movies and shows. Both the faithful and Hollywood moguls have already “done” this story; repeatedly. And yet, The Chosen is not only doing well with churchgoers or Christians in general but also with web critics. Reviewers at the Rotten Tomatoes website scored it a perfect 100 – and over 7,000 viewers on the same rating site give the series a 99. – Impressive stuff. 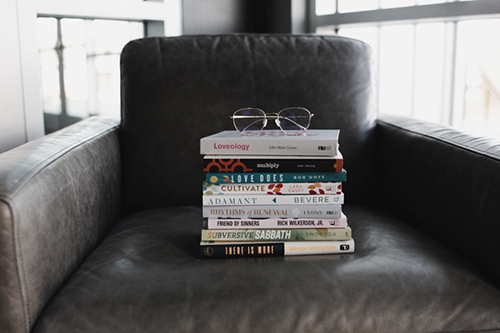 This isn’t Dallas Jenkins’ – the son of the co-writer of the smash hit Left Behind novels – first go at faith-based media and his previous work wasn’t as well-received. Jenkins’ 2017 The Resurrection of Gavin Stone left some secular critics admiring the lack of “preachiness,” but it wasn’t a smash hit with audiences nor financially. His ‘failures,’ however, may have been good practice. Jenkins has taken his sincerely ‘Christian-without-being-preachy’ approach and applied it to The Chosen.

You can watch a new episode with others in a “global livestream” via the app, plus there are extras: ‘behind-the-scenes’ short films on how they filmed certain episodes or stories. There are also discussions you can check out with pastors and others debating or discussing various episodes. And of course, quite wisely, the app has a link to an online The Chosen merchandise shop. In something you don’t see every day, the app also allows folks to pay it forward, or become a sponsor of later seasons. The app is great, but of course, if the show wasn’t good, the app wouldn’t matter for much.

And the show is good. Followers of other faiths or non-believers should be able to appreciate the realistic sets, the acting (there are no huge stars featured, but based on some of the performances, a few of the cast could be on the path to fame), and the way the story is told; a narrative that goes beyond “this happened and then this happened” – it’s not a word for word enactment of the New Testament account. Better described as “a historical television drama based on the life of Jesus Christ” this is the story of God’s son from the perspective of people who meet him, became his disciples, or are changed by him. Some might find the modern dialogue too “modern,” or they might quibble about the accents, but in general, the characters act and talk in a far more “human” way than we’ve seen in other life-of-Jesus stories. This humanization and staying away from sermonizing are among the top reasons critics cite for rating it highly.

Jenkins and team used a rather inspired business idea, initially reportedly offering “one share per dollar invested.” You can’t sell shares you buy, but you hold the rights in perpetuity, making investors partial owners. The production crew also reportedly vowed not to take a cut of any profits until stockholders made at least a 120 percent profit first; terms like these may never have been offered of even thought of before this, but Jenkin’s faith in the idea was clearly attractive – they raised over US$13 million, season two premieres on Easter Sunday, and if things go according to plan, The Chosen could end up spanning seven seasons and continue to break records as it redefines “faith-based” media.