The Natural Scents That Drive a Man Wild

It does something to us when a man hugs us or compliments us on our scent. Its a sort of ego boost. Smell is one of the most primitive senses human beings have. We leave a lasting impression on people with our scent. It could be an instant turn on or turn off for most people. A man’s sense of smell collects information about a woman it can evoke all the right emotions inside and outside of him if you know what makes his scenery glands tick.

It’s not a surprise that some of the top scents that drive men wild are also closely related to some of the same things we have right in our pantry. They say the way to a man’s heart is through his stomach but grabbing his attention with your scent is a good start.

A man’s appetite and his sexual desire are often similar and an appeasing scent is sort of an aphrodisiac when it comes to heightening his insatiable desire for you. The fancy stuff in a bottle is always fun but the way to his heart is through the yummy scents that he’s familiar with right at home.

Citrus not only gives you the feeling of being alert, but it also is a natural stimulant. It not only naturally wakes you up, but it’s used in aromatherapy often to relieve stress and bring on a happier state of being. Studies have indicated that the scent of pink grapefruit makes a woman appear up to six years younger than their actual age to a man.

If you want to literally have his heart pounding than Sandalwood is your go-to. Its been scientifically proven to increase the heart rate and elevate the pulse. It’s also a great anti-depressant.

If you want to have a natural calming effect on a man lavender is it. It induces a relaxing, sedative effect on the brain. Its properties are known for decreasing stress and anxiety. When you thinking of seducing him in for a nightcap this might be the perfect addition.

With studies done as early as the 1700’s vanilla has proven to be one of the most attractive to scents to both men and women. It’s a natural libido booster, stress reliever, and it draws people’s attention. Vanilla has the ability to cause a euphoric effect on people.

This feature was submitted by Corein Carter 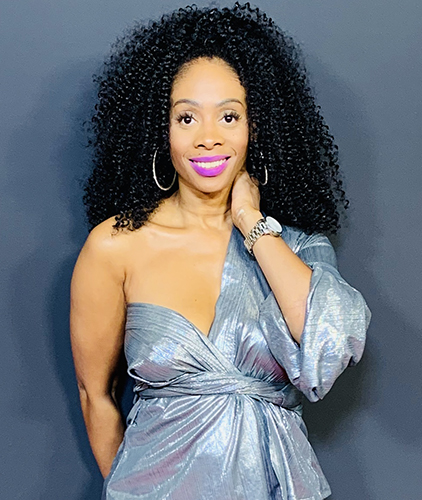 Corein Carter is Los Angeles based Journalist, Media Analyst, and Content Curator. Her journey in media began at Winston Salem State University where she studied Mass Communications with a focus on journalism. She’s been published on several outlets as a freelance writer in the lifestyle, current news, relationships, and beauty genres. You may recognize Corein’s captivating voice and well-rounded perspectives from her fast-growing podcast ” Play on Words” Keep up with her journey on Twitter and Instagram @inlivingcolored