The Next Generation of R&B: Meet U’lyssa In Her Element!

Meet U’lyssa aka Young Lyssa. She’s an up-and-coming R&B/ Pop Singer from Coconut Creek,  Florida who’s amplifying youth voices through her music. At the age of four, U’lyssa’s father, who at the time had a home studio, gifted her a microphone and began recording her singing over a beat he produced. This moment would stamp as U’lyssa’s very first recording session. Unknowingly, this moment would also spark her interest in music after hearing her voice through those studio monitor speakers.

Very early, U’lyssa’s parents could tell she wasn’t the typical 4-year-old girl. The Florida native’s ear for music was far beyond her years. She gravitated to artists such as: Mary J Blige, the late Whitney Houston, Queen Beyonce and Ariana Grande. Her voice is as strong and rich as those same artists. When people see her small body frame and hear her voice they are completely blown away. However, the artist that captured her interest and influenced her the most was the late Tupac Shakur. Surprisingly, she began following the life of Tupac, his impact in hip-hop and his career as an actor. 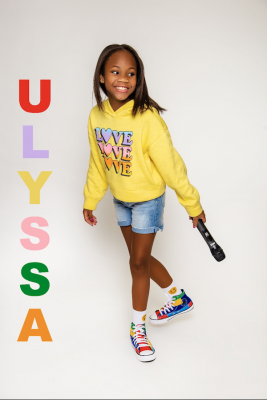 While growing up in south Florida with her siblings, two older brothers and a baby sister. U’lyssa began to cultivate and master her craft. Instead of doing the things most adolescent girls do at her age, she devotes time to go to vocal lessons and scheduling studio sessions with producer Yahwain, who is best known for breaking the late legendary south Florida artist XXXtentacion. She also travels back and forth to Atlanta Georgia to work with platinum songwriters/ producer Jirou Street and Silent Partna (Coi Leray, Mario, Trey Songz etc) 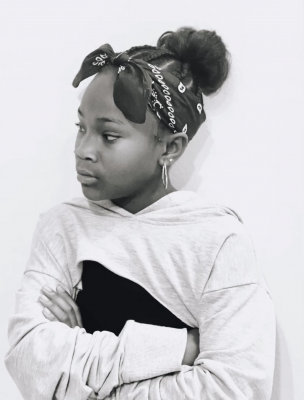 And let’s just say this summer will be no different. While most kids are at home playing games or traveling to visit family and friends. Young Lyssa will be pursuing her passion for music. She is currently scheduled to release her first single “Rock with me” this fall. The young artist is already booked for multiple photoshoots and recording sessions. As well as scheduled for a few auditions for some movie roles. U’lyssa is a child prodigy. She makes music for every generation. Her music will make you dance on one song and feeling empowered on the next. She is definitely an artist to check out.