The Photograph Review: A Love Story for Every Audience

Last week Sheen was invited to screen the romantic drama, The Photograph, at New York’s fabulous Crosby Street Hotel. As the sea of beautiful black and brown influencers and members of the press filled the lobby, we were ushered down into a private room. There, we were treated to an open bar with drinks honoring the film & its Louisiana backdrop—The Nola, being a strong version of an Old Fashioned  — a candy table filled with signature movie theater sweets, and later on, our own popcorn buckets. Once seated in the theater special guests—and lovebirds—Remy Ma and Papoose, took the stage to introduce the film and Papoose shared a sweet tidbit from their own love journey while Remy was incarcerated; “We stayed strong and through that period of time—we had to ask for permission for when to touch each other or when to be intimate, all we could really do was talk on the phone and talk on the visits, but it was a blessing in disguise because that made our communication strong—we learned how to take turns speaking when we disagree, we don’t talk at the same time, we take turns, we hear each other out.” 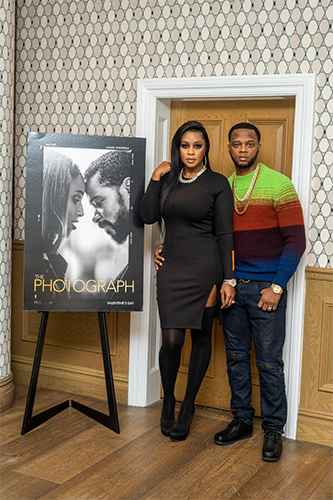 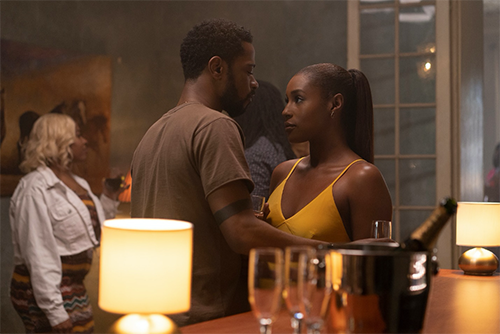 As a semi-happily single woman, I wasn’t overly enthused to sit through a long love story but an hour and a half later I was once again the hopeful romantic I was destined to be. Issa Rae and Lakeith Stanfield do a great job making their journey to love visceral and believable. For those needing a little comic relief, Lil Rel Howery brings the laughs as Stanfield’s older brother—he and his on-screen wife (played by Teyonah Parris) bring another great representation of black love to the film, along with star-crossed lovers, played by Y’lan Noel and Chante Adams. The beautiful backdrop of New Orleans and the sounds of jazz great, Robert Glasper, make this film a must-see for any movie lover.

Check out the trailer, if you haven’t already, below!