The Queen Of Underground Soul, Sy Smith on Her Latest Project, “Camelot”

Singer/Songwriter, and producer Sy Smith is known for her soulful voice and creative spirit. The two-time nominated NAACP Theater award artist is an unforgettable force that we all know and love in the world of entertainment. We were stunned when we saw her latest project, Camelot so naturally, we had to obtain an exclusive interview with the music sensation to discuss all the details!

Tell us about the inspiration behind Camelot.

You know, it’s weird. I just sat at the piano and those chorus came to me first. The chorus was just floating somewhere beautiful. The phrase, *sings* “Floating, floating all the time” just came to me. It’s hard to describe. The word Camelot just came to me, I don’t know why, (laughs). It’s just one of those songs that appeared in me as a vessel and I allowed it to come through me (laughs).

This visual was shot on an iPhone 10! Can you tell us why and how you all were able to make this possible?

The visual was shot by my husband, Shawn Carter Peterson on an iPhone 10 while we were on vacation in Tanzania. We knew we would shoot a visual for the song on vacation, but we didn’t know what the treatment of the video was going to be. I said to my husband, “What if instead of me singing to a love interest, the love interest is this place.” When we got there, we were so in awe of how beautiful the island was. We were on the island of Zanzibar for the first seven days and then we went on a safari in the northern region of the country called Arusha. He took to that idea and that’s how the video came about. He really took that idea and ran with it. He shot it so that the viewer feels like they’re there. When you watch the video, I feel like you just fall in love with the place and that’s exactly what we were trying to achieve.

Can you tell us about Camelot recently being filmed ABC’s Windy City live in Chicago? How was your overall experience?

That was a lot of fun! That was my first time performing it to a track. Normally, I perform with a whole band. What was cool about it was that I produced the track. It was my first time performing to a track that I actually produced. I produced the whole album. It was cool to perform to something I made. As a producer, it was cool to hear and perform it on big speakers like that. That was an experience I had never had.

Is there anything you’re currently working on you could tell us about? What can we expect to see from you in the future?

Well, I am working on an EP with my good friend, musical producer, Zo! Zo! Is from the band called, The Foreign Exchange. He and I did a lot of work together with The Foreign Exchange. We have an EP that will probably be released during the summer. I will pick back up with my solo tour starting this summer. I’ll be in Los Angeles on August 1st. I’ll be in D.C. August 13 and 14th. Lastly, I’ll be in Charlotte, North Carolina August 20th-August 22nd. I’m sure more dates will be added but those are the cities immediately on the horizon. 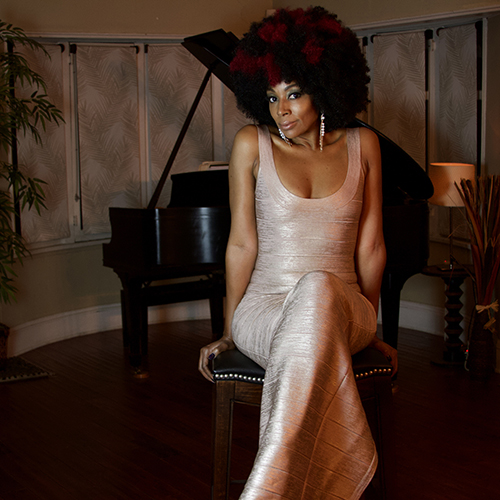 All images by Shawn Carter Peterson