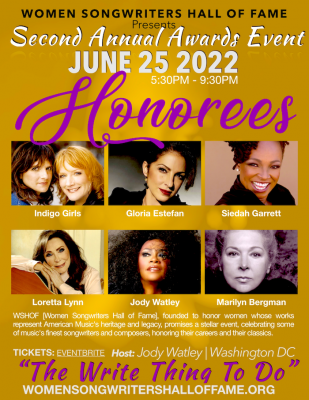 WSHOF, founded to honor women whose body of work represents the best of the heritage and legacy of modern American music for the second year will pay homage to 10 noteworthy female songwriters on June 25, 2022.

The First Six announced honorees include: Jody Watley, Loretta Lynn, Gloria Estefan, Siedah Garrett, The Indigo Girls, and Marilyn Bergman (Posthumously), all bring an arsenal of artistry, along with hits covering the last five decades of popular music, to their induction with more to be added.

The stellar event will take place at the opulent Bellevue Center, 43350 John Mosby Hwy in Chantilly, Virginia and will celebrate some of music’s finest songwriters and composers in a magnificent moment to mark their careers and their classics.

Music royalty and iconic singer Jody Watley will return as the emcee for the prestigious award ceremony. She is also amongst the esteemed honorees for this year’s event.

There will be a special performance by singer-songwriter Tayla Lynn, the granddaughter of Loretta Lynn with Tre Twitty.

Sheen caught up with the fabulous Dr. Jody Watley who recently received her first honorary doctorate degree doctor of Philosophy in Entrepreneurship & Business Administration from T.I.U.A. School of Business. 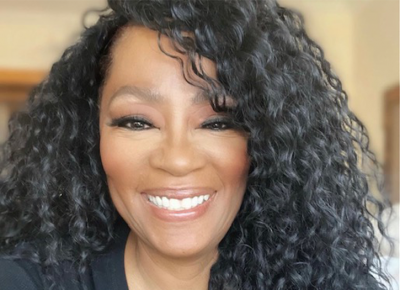 “I am excited to host this wonderful ceremony again and also honored to be included as an honoree with my other esteemed songwriter peers,” says Watley.

The Women Songwriters Hall of Fame’s mission is to honor women whose work represents the heritage and legacy of the world’s music songbook. It not only celebrates established women songwriters, but also serves as a resource for developing new songwriting talent through workshops, showcases, discovery and scholarship. 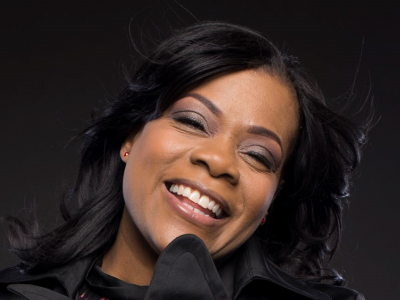 Founder, chief executive, and chairman Dr. Janice McLean DeLoatch of The Women Songwriters Hall of Fame is a passionate advocate for entrepreneurs and women in the entertainment industry. As an entrepreneur and songwriter herself, Janice realized that songwriter awards policies have barred women from achieving parity and recognition in comparison to male songwriters. The impact is many women in the music industry rarely achieving recognition or accolades. DeLoatch created the Women Songwriters Hall of Fame to honor women whose work represents the heritage and legacy of the world’s music songbook.

The Folk Alliance International has confirmed to partner with WSHOF to promote and support the event.

For more information about The Women Songwriters’ Hall of Fame Awards and tickets, visit womensongwritershalloffame.org