Meet Adelanto, California Chairwoman, Stevevonna Evans. Spearheading the first of its kind non-profit, Haven’s Future. Named after her late daughter, Haven’s Future is not only building awareness surrounding the injustices within the system but to providing resources to families and their long-term project, building a facility to house families that have been accused of abuse in hopes of keeping families together while CFS builds their case in which oftentimes families are separated causing lifelong trauma and catapulting mental illness & health issues into a lifelong battle.

According to The Adoption Network, over 400,000 children in foster care in the U.S., and 114,556 cannot be returned to their families and are waiting to be adopted. As adoption & foster care laws vary by state, there is one thing that the system has in common, out of 3.5 million children removed from their families every year by Children and Family Services, 2.7 million are wrongfully removed.

Some may ask, “what does it mean to be wrongfully removed?” It’s when a judge decides that the allegations are false and/or the Child & Family Services returns the children to their parents without a judgment. Take Stevevonna’s story.

Stevevonna lost her daughter, Haven, who was only five weeks old. Haven’s death catapulted her family into a CFS infestation. After six weeks of interviews, examinations, and documentation, the CFS decided to remove her two living children and build a case against them. This case lasted over a year, and Stevevonna was able to gain full custody of her now 17-year-old son; however, the judge ruled that it would be detrimental to her now 9-year-old son to return him to her as he’d been with her mom longer than with her, so her mother adopted him.

Fast forward four years, Stevevonna and her husband, had another son, and CFS returned and took him with the only allegation being that they had a case 4 years prior. After two years of fighting, another judge came back with the same judgment, “he has never lived with you, so it would be detrimental to him to remove him from the only home he’s ever known.” Their parental rights were terminated, so Stevevonna’s sister adopted him.

Through this battle and defeat, Stevevonna has discovered that she’s not alone in such situations nationally and that this happens more than what many are aware of. With this experience and research, Haven’s Future is on a mission to build as many facilities nationwide to help these families fill the gap within the system. Their facilities will have 2 and 3 bedroom suites where the families will be monitored 24/7 to ensure the safety of the children. In addition, they will provide all the services that CFS typically recommends a family do, such as Parenting classes, anger management, A.A. and therapy. They will also be in partnership with a group of lawyers who will assist the families in fighting their cases. 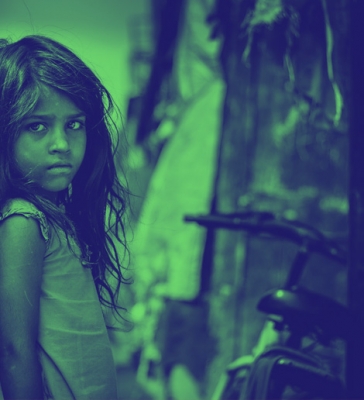 You can learn more about Stevevonna’s and other cases like hers as well as how you can support Haven’s Future at www.havenfuture.org.