As we head towards the latter half of February, it’s important to remember that the month stands for Black History Month. So, to celebrate the festivities, what better way than to attend Jeremy O. Harris’ SLAVE PLAY at the Mark Taper Theater in Los Angeles? Not only does the play have such a huge impact on the current racial injustice. Black people have faced throughout the decades, but they also reel in celebrity fans, including Kanye West, Rihanna, Madonna, Whippi Goldberg, Janelle Monae.

Jeremy O’Harris is an outstanding playwright and artist who created SLAVE PLAY during his time at Yale. On Friday, February 11th, he stood in front of the attendees inside the beautiful theater to reveal he was at Yale when they historically had the most Black people. And that next year, after releasing the play, they had even more.

After seeing a predominantly white crowd coming to watch the play, he made it a point to get on social media to “get as many young people, black people, queer people, brown people to come see my show, and it worked. By the end of the run, we were seeing the youngest, brownest, blackest, we’d ever seen.” 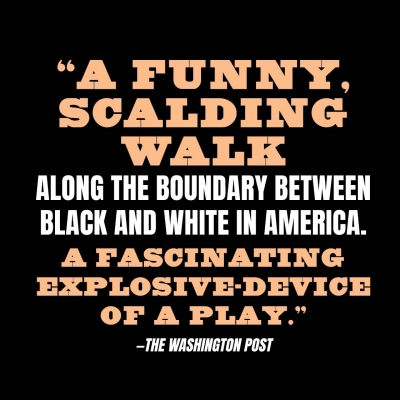 Deemed “the most Tony Award®-nominated play in history,” SLAVE PLAY also stunned off-Broadway before arriving in the city of Angels. However, the honesty, vulnerability, and openness to address tough and controversial issues resonate most, showcasing the first-person perspectives a Black person may go through when it comes to interracial couples.

The play was remarkable, hilarious, and very necessary to our current climate today. They also encouraged those present to engage and talk back at their discretion. Notable sightings include Tracee Ellis Ross, Malia Obama, Mara Brock Akil, Logan Browning, Wendy Raquel Robinson, and more.