‘Turnt Out with TS Madison’ Headlines on Fox Soul TV 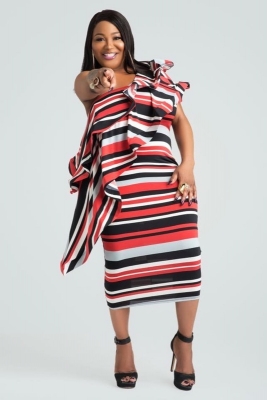 TS Madison is bringing entertainment to Fox Soul TV, as you have never seen before! The social media and LGBTQ icon will ‘turn-up’ her personality ‘loud, live and in color,’ in Turnt Out with TS Madison, a new variety talk show hosted by the darling media maven set to debut on Fox Soul TV’s programming, Tuesday, January 4th at 8 pm EST/ 5 pm PST. The much-anticipated variety show includes pop culture talk, comedic sketches, celebrity interviews and live performances. Turnt Out with TS Madison will have viewers laughing and expose them to discussions on culturally and socially relevant topics.

“I love connecting with people and having open discussions about current topics. The show will be engaging and fun,” stated TS Madison. “Having my own talk show where I get to bring the TS Madison flavor to television is a dream job!”

All photos and images courtesy of TS Madison.