Since the United Negro College Fund launched in 1972, the campaign has raised more than $2.2 billion and has helped to graduate more than 350,000 minority students from college or beyond.

The Los Angeles chapter of the organization recently honored HBCU alum, Emmy Award® and Golden Globe® nominated actor and producer Anthony Anderson during the 2020 UNCF Homecoming, a celebratory kickoff reception that highlights the historically black college/university experience and recognize leaders who use their platform to help support UNCF’s mission of education, equity and justice. 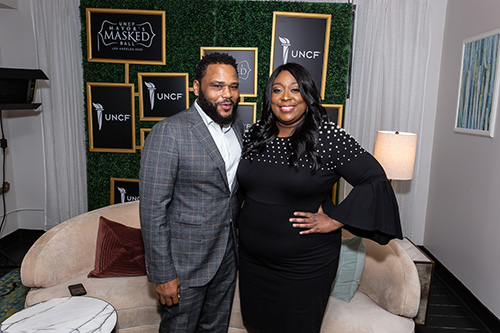 Sheen magazine correspondent Anasia Obioha spoke to Anderson, Love and other guests on the red carpet. Take a look.