“Miami Vice” is a 90s-tinged vibe about a casual hook up. There’s no talk of being in love but a clear description of passion. “I got a lot of vices. I can tell that you do too. Middle of every night yea you know what I wanna do.” The artist finds common ground with her subject that they may have similar vices including their passionate interactions.

“I had the hook in my head for a while and I experimented with a few grooves until I found one that fit. I wanted it to feel kind of nonchalant. And I knew I wanted to be intentional with the vocal arrangement – being very selective with harmonies and adlibs – so that was my landscape for the idea,” explains Bianca. 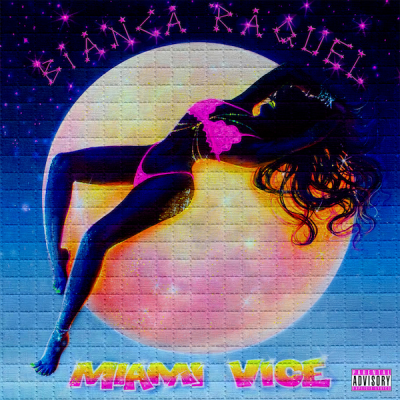 “I wanted to describe a casual intimate relationship that still feels romantic and like something I want to make a habit of,” she continues.

Bianca Raquel is a polymath (producer, songwriter, arranger, artist), an all-around “vibe creator.”  You may have seen her performing on stages alongside artists such as Bilal, Nona Hendryx, and Talib Kweli.  Or, you may have heard her vocals and seen her songwriting or co production credits on “Turn It Up” featured in “Step Up,” Anamanaguchi’s “Prom Night,” or Kanye West’s “Wolves.”

Check out her new single “Miami Vice” on iTunes.