“This is the natural progression, my last album was All Blue… my first original body of work, and when I did that, it was definitely long over due, and that final stamp of yes I’m a artist. I’m no longer a background singer, I’m no longer writing for other people. This is my voice, these are the stories I want to tell. So this next project, Stages, is just an evolution from the first project”

Known for her blockbuster vocals, sizzling screen presence, and upbeat influence online, Jade Novahs’ cumulative views exceed 40 million across a combination of covers, sketches, and original tunes, while her social following surpasses seven hundred and fifty thousand fans. Everyone from Good Morning America, Buzzfeed, Essence to Rolling Stone has touted her talents. However fans get a chance to know her like never before with her new body of work Stages.

The singer tells us, this body of work is “An evolution from the first project. It tells different stories of different things I’ve been through in my life, and things that everyone can relate to.”

Stages, kicks off Novahs’ next chapter as a singer, actress and social influencer. The songstress lead single off the new album is Somebody Son. Over a skittering beat, clean guitars, and throwback R&B production, she delivers hummable verses before belting out a hypnotic hook.

The track showcases the breadth of her voice, stretching from an impressive bridge towards an invitation, “Baby you could be the perfect one.” The songstress will  soon share a brand new music video for the tune very soon.

“This next project, Stages, is just an evolution from the first project. It tells different stories of different things I’ve been through in my life, and things that everyone can relate to.” 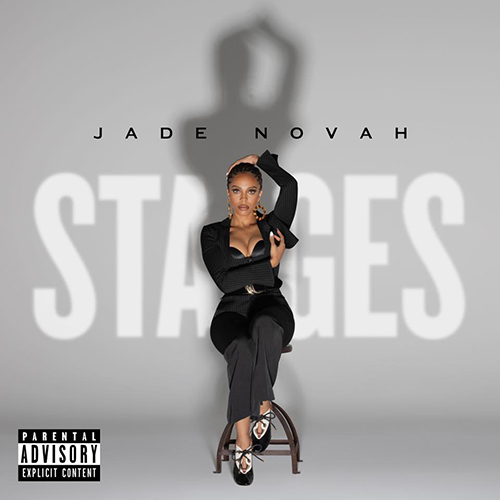 “I always wanted to tell stories through my music, and writing is one of my first loves’. Thats where I come from, the writing space, and with my last project, it told a story of where I was at that time and in Stages, im still telling that story. I just want to create this one woman show experience, to showcase all the things I do. Not just singing but being these characters.”

And Novah tells her story, with someone special by her side.

“I’m going on the road with my husband, he’s my producer, he executive produced the album. But he’s also my musical director.. he’s a multi instrumentalist. He’s going to be playing drums, keys, programming… and it’s going to be cool to showcase all these aspects of ourselves on these stages.”

Check out the new album Stages NOW, and get tickets to her tour when she’s in a city near you!

All images courtesy of Jade Novah