South Florida-based Hip Hop artist Von Archer released a sequel to Erykah Badu’s 1997 hit “Call Tyrone” over the weekend. He calls his latest single “Tyrone Evolved” and opened up the music video of his new release dedicating the song to the evolution of a man. “This is dedicated to the evolution. Everybody needs time to grow, time to evolve – it’s a process,” he says.

The creative artist who is known for his diverse, creative, and out-of-the-box style of music told Sheen that he has never been scared to try new things or take risks. For Von Archer, having a sense of purpose guides him every step of the way through his creative process of exuding black excellence, inspiration, and motivation through his craft. And he’s been able to capture the vision time after time – and again in his latest release. 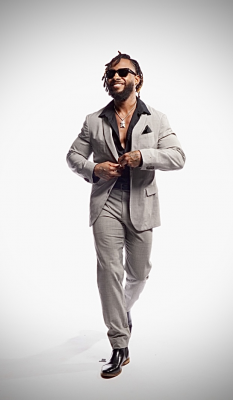 “Fast forward I hope you’re doing well/I got my own business, own car, own cell/I pay my own bills, got my own cash, I remember you S—— on me when I was doing bad /I remember them times you discouraged me, I got a new girl all she do is encourage me /At the time you could understand it was all part of the plan I was in God’s hand,” he writes. The rapper ended the second verse with inspiring lyrics “Evolution is beautiful but you gotta trust the process/ Never focus on negative keep on reaching for progress/I admit I was a mess but now you’re looking at a king in the flesh.”

Archer’s growing fan base took to social media to comment on the new track. One fan wrote “Love it, very smooth vibe,” while another fan wrote, “U right on time wit this one.” With Blazing fire emoji’s lighting up his comments on social platforms, Archer knows his music is exciting, entertaining, and resonating with music lovers all around the globe.

Inspired by true events, Archer recalls writing the song after an argument. “After the argument, I was in the room by myself and it triggered a thought that what if the boyfriend had evolved into a boss? What would his side of the story be? I said to myself, ‘that would probably be a dope story to get his perspective.’ I’ve always been a fan of Erykah Badu and her music. When the song originally came out I thought it was a dope song at the time but my mindset wouldn’t have thought about it the way I think about it now,” he says.

Von Archer sat down with Sheen to discuss his new single “Tyrone Evolved,” his top 5 rules for evolution, and much more. 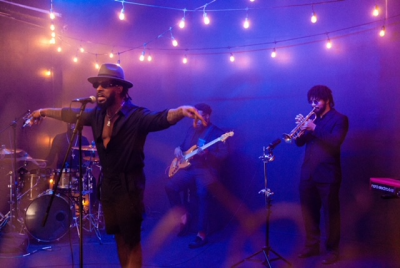 Tell us about the evolution of a man. What does it mean to evolve as a man?

Evolving as a man means growing, maturing, and being exposed to different things. It means being uncomfortable and growing into your own person and trying new things. During my journey traveling helped as well because it exposes you to different people and cultures. Evolving as a man also means realizing that there are certain things you don’t do anymore. For example, when I was a younger version of myself, I’m married now, I used to run around and run the streets searching for something. Now that I’m older I realize that I’m married and my family matters to me so I’m not running the streets looking for new excitements like when I was younger. I have more to lose now – back then I used to always mess around on my girl or whoever I was dating at the time. At one point I had three different girlfriends but I’ve evolved and I’m a one-woman man.

What are your top 5 rules for personal evolution?

What’s your message to women who are in a relationship with a man who is building his career and personal life?

My message to women who are in a relationship with a man who is building his career or personal life is to be patient and optimistic. A man may go through some struggles during different seasons of his life but, as a woman, you should be supportive and try to help him get back on his feet. At one point I was working at the labor pools – my then-girlfriend and now wife used to drive one hour to take me to the labor pool and then drive another hour to pick me up. Sometimes she would sit there and wait for an hour or hour and a half in the car to see if I got work for the day. I realize that everyone is not going to do the same things she did but she had a lot of patience.