Actor, Jeremy Rudd on Lead Role in the Upcoming Film, ‘The Night of the Heist’

Actor, Jeremy Rudd is best known for his debut role in the 2019 film, The Cabin House and since then he’s proving he’s a force to be reckoned with in the world of entertainment. Ahead of the film’s release, we had a chance to sit down with Rudd to discuss his exciting new role, what he’s learned about the industry since his debut film, and much more!

Tell us about your upcoming film, The Night of The Heist.

The Night of the Heist is a film directed and written by Jack Snyder. He’s done a few films for Amazon Prime and currently has a movie on Lifetime right now. It stars myself and my brother Nathan Rudd [we are twins]. It also stars Mike Merrill, who starred in All American, American Soul, and a couple other films. The movie is about twins that steal a diamond that is worth $18 million. We go on the run. We end up in the woods, where we ultimately have to stash the diamond before we’re caught. A year later, we’re trying to find this diamond and where we hid it. Our friends are with us but we’re not necessarily telling our friends what we’re doing there. They end up figuring it out and there are a lot of twists and turns. Greed comes out in the film, so it’ll be interesting for viewers to see how things play out.

Your debut film was The Cabin House, released in 2019. What would you say is the greatest lesson you’ve learned about the industry since then?

I mean, it’s all about being consistent and making sure you’re bettering your craft. You should be bettering yourself as an actor everyday. You’re going to hear a lot of “No’s.” I heard a lot of “No’s” before I landed that role. It may not have been because I wasn’t a good actor, it’s all about what they’re looking for. You can kill an audition but if you don’t necessarily fit the picture of what the director or the casting directors are looking for, then you won’t get that role. You will eventually find something that fits you. Take the “No’s” and learn from your mistakes. 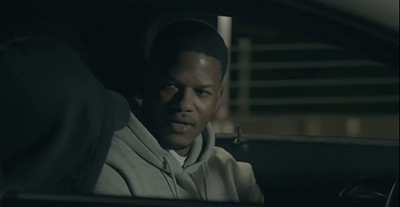 What has it been like for you as a creative during this time of COVID-19?

You just have to utilize the tools that is out there. A lot of things are happening. My one-on-one acting classes and coaching has been online through Zoom. I’ve been doing casting calls through Zoom as well. Hopefully we can get back to doing things in person. You have to make sure that you’re able to utilize everything that’s out there. Don’t hold yourself short.

Currently working on The Night of the Heist. My agent and I have a few auditions lined up for some projects and feature films. We’re working on those simultaneously. 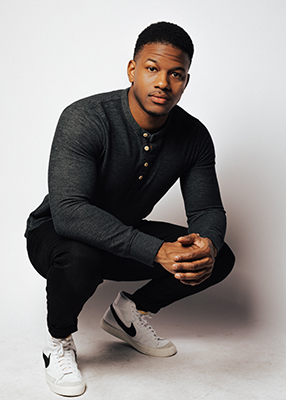