Jaimie Milner, a Los Angeles-based photographer, realized the need to spotlight black men while interning at Walt Disney Studios in 2009. Used as a reference for Disney’s first black princess – Milner learned that the prince was not black. “I didn’t see people like my father and friends reflected anywhere in the media,” said Milner. “I wanted to show that these men exist—men that cared, that were smart.”

As a result of her realization, the photographer began “photographing and interviewing black men out of a curiosity” in 2010.

With the hope to esteem black men, Milner learned about their hopes, dreams, and fears. Her mission resulted in a beautiful book featuring 40 black men answering five thought-provoking questions:

2. In your opinion, what is the myth and truth of Black men?

3. How do you feel about the state of Black men today, and what would you like to see change?

4. As a Black man, what do you need in your life to succeed?

5. How do Black women aid in the progression of Black men? 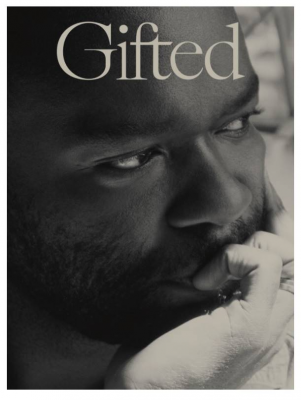 “Gifted” is currently available HERE for preorder and is releasing February 1.