Calboy is one of the most unique, talented voices in the rap game, and he continues to lace his fans with the most powerful, heartfelt records possible. Born and raised in Chicago, Calboy’s ability to switch between laying down the most fire melodic vocals and rapping his ass off does not go unnoticed, and now he surprise drops his newest project titled Black Heart along with a video to single, “Rumors.”

Speaking on the title of the project, Calboy states, “It’s inspired by my present internal feelings, and how I feel from the industry to my family and my friends. Everybody turned my shit black. I want to be open with my fans and encourage my fans to be free.”

Black Heart arrives on the heels of his previous loosies, freestyling over Kodak Black’s “Super Gremlin,” and Gunna’s “Too Easy” and “Pushin P.” The 8-track mixtape features all-star features from Fredo Bang, Jackboy, and Joey Bada$$. 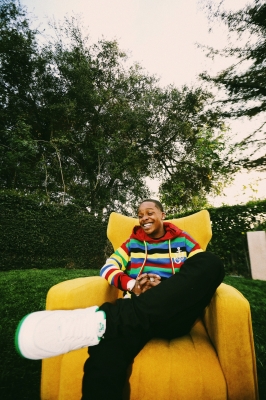 If you love good music, you love Calboy. Boasting one of the freshest new voices of our generation, the 22-year-old creates music from the heart, inspired directly by his experiences growing up in the South Side of Chicago. With impeccable worldplay, hypnotizing vocals , and a killer spitfire flow, it’s no surprise Calboy hails one of the most loyal, dedicated fanbases… and he continues to bless them with bangers.

Exploding onto the scene with his viral smash hit “Envy Me” back in 2018, who’s music video currently sits at over 223 million views on Youtube and counting, Calboy quickly proved why he belongs in the big leagues. One year prior, he released his mixtape titled Anxiety, just another testament to the honesty and vulnerability you feel when listening to his music.

Calboy’s name comes from combining his government name Calvin and the character Cowboy from the 1979 film The Warriors. In 2019, he released his major label debut Wildboy, and the next year was included in XXL’s 2020 Freshman Class. Last year, Calboy released a standout collaboration with Lil Wayne on “Miseducation,” following his previous collabs with Meek Mill, Lil Durk, Young Thug, Moneybagg Yo, Polo G, Lil Tjay, King Von, and many more 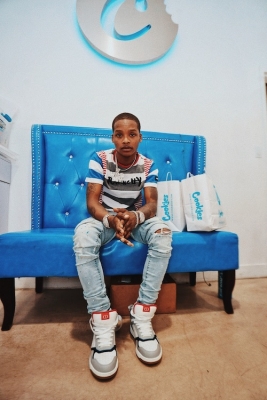