Damon “Amin” Meadows was tried and sentenced to life without the possibility of parole in 1993, being a first-time offender. Through Amin’s faith in Allah and the successful appellant process, he was released after rehabilitating himself during 21 years in prison. Amin now has dedicated his life to his family and helping the community through education and awareness.

Who is Damon “Amin” Meadows?

Damon “Amin” Meadows is a Muslim, a son, a husband, a dad, a brother, an uncle, a grandson, and a friend. I was born and raised in South Philly. In 1993 I was tried and sentenced to life without the possibility of parole, being only a first-time offender. Through my faith in Allah (GOD), I was successful in the appellant process and released in 2014. I’m dedicated to paying my debt back to society by educating through awareness.

Can you tell us more about your book, Convict’s Candy?

CONVICT’S CANDY exposes the realities of what truly goes on in prison, intravenous drugs use, violence homosexuality, HIV/AIDS. Most people think that men are just getting raped in prison but in fact, most are falling in love. Yet, they lie or don’t let their wife, woman, or girlfriend know about their alternative lifestyle after their release.

What would you like the viewers and those that purchase your book to gain?

To be entertained while being educated about prison, homosexuality, intravenous drug use, sexual identity, and HIV. I want these so-called taboo subjects on the table for conversations.

How does it feel to be an Essence Best Selling Author and have several celebrities speaking about your book while bringing HIV/AIDS awareness back to the forefront?

It’s truly a blessing to become a Best-Selling Author and have the same celebrities, who I used to watch on T.V. while in prison, now acknowledge my work. The feeling is truly indescribable. But what was truly worth all the long days and nights it took to finish “CONVICT’S CANDY” were the letters and responses from the readers.

One, in particular, was a woman who after reading “CONVICT’S CANDY” went to get tested for HIV because she was dealing with a man who was in prison and she found out that she was HIV positive. 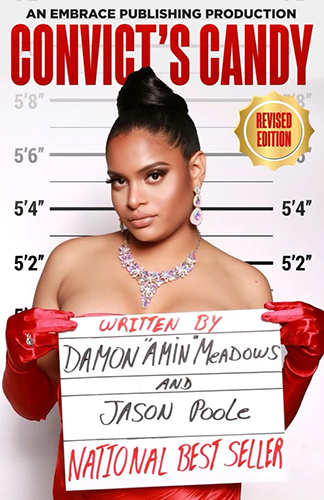 Do you have any events or appearances scheduled that you are able to share with us?

Yes, after rehabilitating myself in that non-rehabilitative environment I’m very passionate about helping others. Like teaching people about the Blockchain and how to accumulate Bitcoin. Because Cryptocurrency is here to stay and has gone mainstream.

Helping raise awareness about HIV and how to deal with a loved one who has an alternative lifestyle. I love to push the envelope and “CONVICT’S CANDY” fits that phase perfectly. Wait until the “CONVICT’S CANDY After Dark” podcast and the movie.

I want to first thank Sheen Magazine for this opportunity to help raise HIV awareness. For some reason, we act as if HIV/AIDS doesn’t exist anymore yet African Americans are still the 1# amongst who are affected. 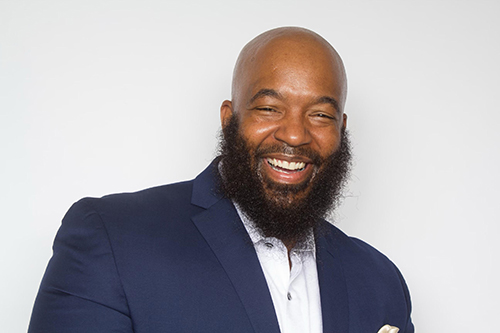 People can order “CONVICT’S CANDY” here and people can connect with me through Instagram and Facebook: @DamonAminMeadows.