Debórah Bond on Releasing Her NEW Album “compass: I” After a 10-Year Hiatus

It’s been ten years since artist, Debórah Bond released a project and now she’s back and better than ever! Just recently, the multi-talented creative released her album titled, compass: I, and well, we believe the wait was surely worth it. The project revolves around the many obstacles she faced in addition to pushing through the global pandemic in 2020. We caught up with her to discuss everything from her favorite song from the album, how she’s been able to keep her creative juices flowing during the ongoing pandemic, and much more.

Tell us about your new album.

My new album is titled “compass: I.” It is an intimate, slightly self-reflective album that I believe I kind of started about four years ago. There were a lot of life changes happening, I was working in radio for a very long time. I decided to stop juggling day jobs and music and jump into this full-time. In doing that, a lot of other things changed in my personal life. Some of my longtime band members pulled out of my band, just a lot of things changed drastically for me between 2016 to 2020. I felt like I was in a journey of finding myself, trying to find new direction, and figure out if I was going to continue to push through music. By 2019, I decided that I wanted to write a new album because in the Washington, D.C. area (where I live), a lot of the music scene was changing. It was hard for me to get work. When the world shut down in 2020, all of the time that I had to myself really allowed for me to figure out what message I wanted to put out there. I just wrote and created. The album is really the journey that I’ve been on to find myself and trying to find new musical directions. I really reflected on where I am as a woman getting older in the music business.

Do you happen to have a favorite song from the album that you could tell us about?

Hm! Favorite song… I would have to say one of my top favorites is the song called, “time.” It’s the opening track of the album. It is really upbeat and fun. The producer of that song, Brandon Lane – he is a big Earth, Wind & Fire fan. He loves Prince and Chaka Khan. We approached that song from that type of influence. The song is basically about when you’re young, it seems like time is really not catching up to you the way you want. You want to be an adult, you want to be grown, and living. Next thing you know, you blink, and you’re older. You realize that time is moving and it’s moving faster than you would really want. For me, personally, it was about the fact that I was analyzing where I am in music, getting older, not being in my 20s anymore, and being a grown woman. I saw how different music times have changed. I wondered if I had a place for music in this stage of my life. I’ve had lots of ups and downs in music and sometimes, its really easy to kind of get lost in that. The message of the song is to not live in the past. Time doesn’t stop for anyone. Live in the now. Although it may have been hard to figure out where you are in the world, time stops for no one. It’s time to push on. It seems as though that song has resonated with many people on different levels of their own personal lives.

How have you found ways to be creative during the ongoing pandemic as an artist?

Wow. It’s tricky. Many artists prefer to have the audiences and people to engage with. There is still many ways to be creative, while keeping your fans engaged. I stay very active on social media. I have just been having a lot of fun creating media content for my fans. It keeps me writing and imagining other potential projects. I’ve dropped two really cool music videos in the last few months that are doing well. I like to create music teasers and visuals. On top of that, I stay busy doing virtual performances. I have been doing something called Bonding Sessions, where I try my best to connect with the fans through whatever means I have. Lately it has been maybe one or two musicians that I like to say are in my “quarantine bubble” that are comfortable to be around. We get together in my apartment perform and go live on Instagram or Facebook. It gives the people some music. I don’t plan or rehearse it. I just do it. I’ve been enjoying doing the virtual things. I work with the Grammy Association NARAS in Washington, D.C. There are chapters all over the country and I am a member of the D.C. chapter. I do some work behind the scenes with the Grammys and I also mentor young aspiring artists. I help them with branding, confidence, stage presence, we have virtual music lessons. I also sing jingles for radio. This is all stuff that I can do at home. I don’t have to be anywhere. I record in my home. I recorded this last album purely in my home. That really opened up a creative portal for me. Every musician on the album did their part in their house, all through 2020. Just home in their studio. I’ve been learning that there are so many ways if you have the right equipment, if you’re not afraid to jump on social media, there are ways to stay very creative right now.

I am actually working on two more projects, trying to get as much music out there. There was a big gap between my current album and the last album before that was released ten years ago. I’m trying not to have that long of a break ever again (laughs). I was just elected to the Board of Governors for the D.C. Grammy chapter. I’ll be doing a lot more work this year, getting back into the world of Governorship. I’m making more music videos. My music videos for the last two singles “time” and “radio” have done so well so I am preparing for more music videos and content. 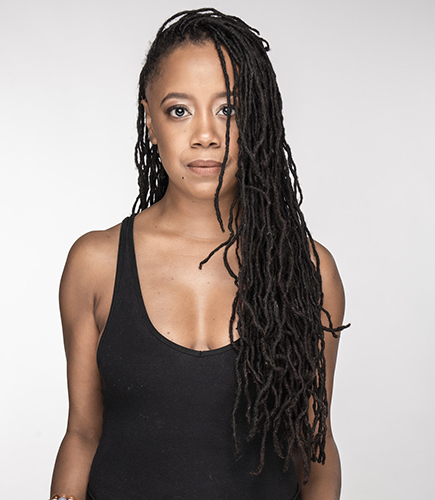